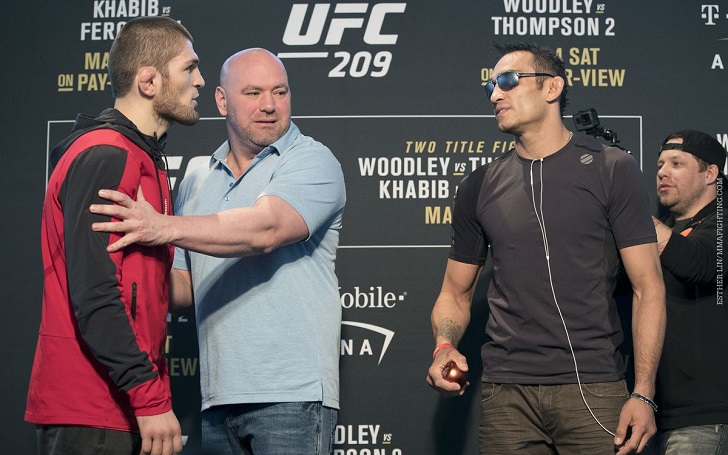 A long-awaited fight between the champion Khabib Nurmagomedov and Tony Ferguson is being targeted for April 2019. UFC is preparing to set up the lightweight championship bout as the main event for a pay-per-view on April 18 inside Barclays Center in Brooklyn.

The UFC president Dana White broke the news to the ESPN.

Khabib's manager Ali Abdelaziz confirmed the news and revealed that the Russian has already signed it. However, El Cucuy is yet to make negotiations and make further bout agreements.

"Fifth time is the charm. Tony has been asking for this ass-whipping for a long time, and he deserves it. He's earned it. Khabib wanted this fight, Tony wanted it, the UFC wanted it and the fans wanted it. This fight is for the fans."

The bout between the two lightweights has been canceled 4 times due to various reasons previously. This is the fifth time the bout has been set up since 2015. The lightweight champion withdrew in 2015 and 2017, due to injury and weight issues. Ferguson pulled out in 2016 and 2018 due to injuries.

Khabib is yet to lose a fight with 28-0 record including 2 title defenses while Tony is on a 12-fight win streak in the UFC and has not been defeated since May 2012.