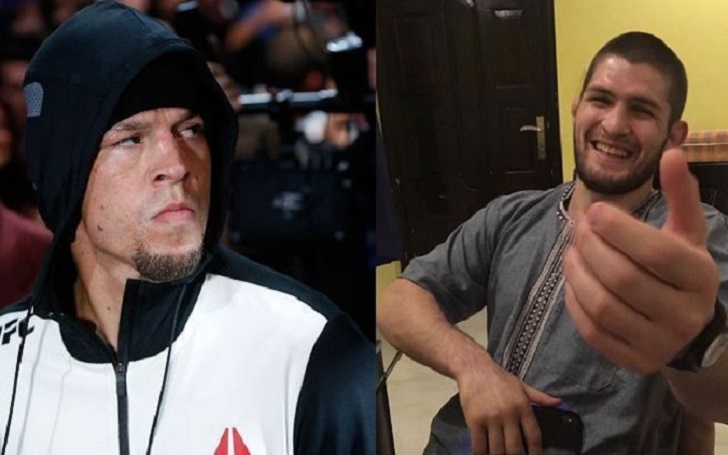 Khabib Nurmagomedov and Nate Diaz nearly got into a fight after the two bitter rivals crossed path during Saturday’s UFC 239 event.

Nate walked past the lightweight champion and his teammates who were sitting in the front section and shared some words which led the two rivals to get heated. They were separated by security in no time. Nate was there to support his friend Gilbert Melendez.

Khabib and Nate Diaz got into it and had to be separated at #UFC239 ??

Later, Dana White talked about the incident and confirmed that no harm was caused although the two UFc favorites shared some words.

"Those two were within two rows of each other and then they started to get into a fight and we broke it up and we got it handled. I'm sure a lot of bad things were said. I'm not sure exactly … I'm sure it was not good."

White said when asked if he knew what was said.

Nate and Khabib have a longtime rivalry history and the two were seen getting into a brawl quite often. The even nearly got into a fight at a World Series of Fighting event in 2015.

Both the fighters are scheduled to fight their opponent later this year. Nate will fight Anthony Pettis in Anaheim, California, at UFC 241 on August 17 while Khabib will defend his title against Dustin Poirier at UFC 242 in September.

Khabib Issues Warning Over Justin Gaethje Ahead OF UFC 254, Is Conor In The Mix? 6 days by James