Listed as one of the Top 10 Prospect in the 2020 NFL Draft, Joseph Lee Burrow is an American Football Quarterback who plays for the LSU Tigers. He attended Athens High School and for his collegiate years, he enrolled at Ohio State University playing for the Buckeyes alongside Chase Young. He transferred to Louisiana State University after Dwayne Haskins was announced the starting quarterback for Ohio State.

Lee was born on 10 December 1996 under the star sign Sagittarius in Ames, Iowa alongside Dan Burrow and Jamie Burrow. His parents are Jimmy Burrow and Robin Burrow.

Joe Burrow Net Worth and Salary

The Quarterback will soon graduate from Louisiana State and be drafted in the major league but he hasn't earned any official salary from the NCAA FBS division. As a place for learning, the Maxwell award winner has certainly learned a lot in his stay with the Louisiana State University and the Ohio State. 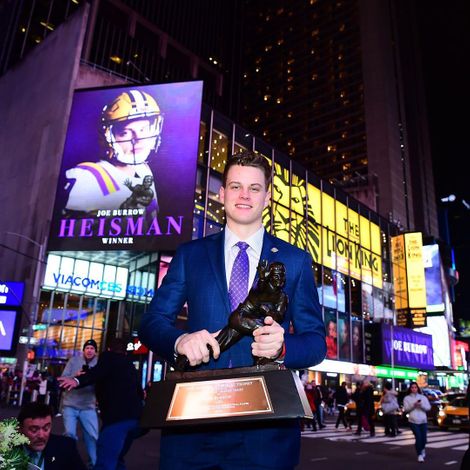 After being drafted his projected salary will be starting from $11,000,000 which might lead up to $37,000,000 according to his selection in the draft. According to the analyst in the NFL, he is likely to sign a contract with the Cincinnati Bengals based on assumptions.

Regardless, wherever he will go, he will definitely earn a sum worthy of his talents and eventually leave a mark in NFL history. His current net worth is still unknown but will be updated shortly.

The 23-years-old is dating Olivia Holzmacher since 2017. Olivia was majoring in data analytics at Ohio State University when they met each other.

The couple has been together for three years without controversies or affairs and has stayed together through thick and thin. The bond they share is truly incredible. She calls herself the "No. 1 fangirl" of Joe Burrow and supports him truly. She attends the numerous games that he plays. 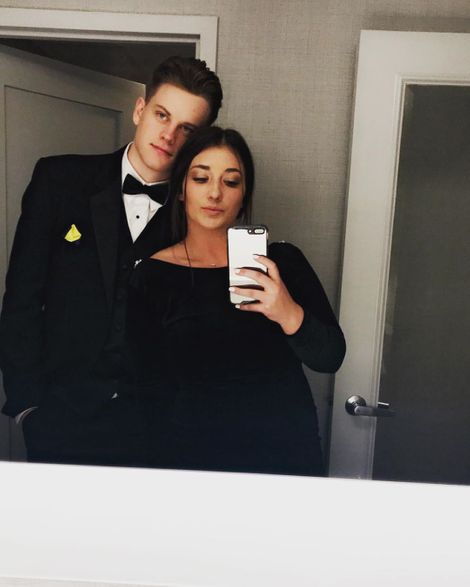 When Joe received the Heisman Trophy in 2019, she posted a picture in her Instagram account and share a message, "I'm so proud of you! The best weekend ever!"

The No. 9 for the LSU Tigers has graded 7.07 overall in the NFL Combine and has demonstrated himself as a top prospect for the 2020 NFL draft alongside other top prospects such as Tua Tagovailoa, Jedrick wills, and Isaiah Simmons.

According to different sources, the quarterback is most probably be the first overall draft in the Cincinnati Bengals. he was among the 58 players invited to the virtual draft held due to recent social distancing caused by the coronavirus pandemic. 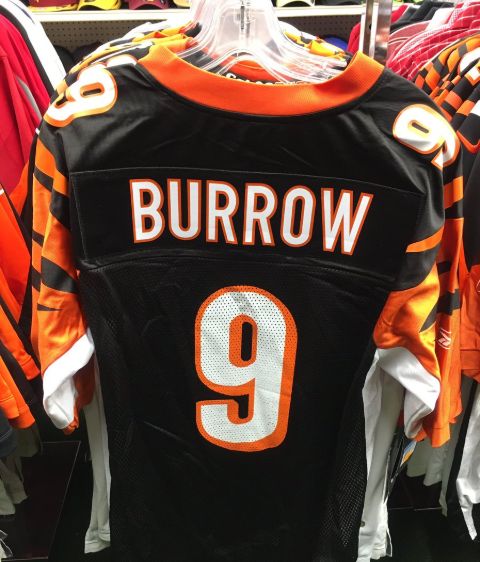 There were also photos signed by Joe himself on the No. 9 jerseys of the Cincinnati Bengals prior to his contract with the team but it doesn't hurt that he put his name on the nameplate of the jersey already.

The Quarterback for LSU stands tall at 6 ft 4 in with a weight of 98 Kilograms. He has a build for the game and trains every day to maintain his body.