Kenny Golladay is a rising American football player. He has been playing in the National Football League for the New York Giants since 2021. Golladay made his NFL debut in 2017 with the Detroit Lions. Kenny was part of the Pro Bowl Team in 2019.

Kenny Golladay was born on November 3, 1993, in Chicago, Illinois. He is the son of Stacy Wright and her husband, Kenneth Golladay. Much about his early life and his parent is under the radar. Kenny graduated from St Rita of Cascia High School and enrolled at the University of North Dakota. Talking about his physical appearance, Kenny stands six feet and four inches tall and weighs 97 kg.

Kenny has an estimated net worth of more than $5 Million. He has earned most of his net worth through his short career in NFL. Kenny took home a salary of $3,196,324 from his first four seasons with the Lions. He earned $718,824 as his salary in the first year. The following year, His salary increased to $800,000. 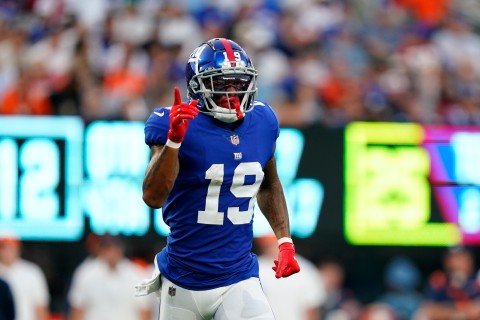 Kenny signed with the New York Giants in the NFL SOURCE: Bleacher Report

Kenny signed one of the most significant contracts worth $72 Million in early 2021 with the New York Giants. It starts with a $17 million signing bonus, paid out fully in 2021. Next season, He will earn a base salary of $13 million. Of that amount, $10 million is fully guaranteed at signing. He also gets a $4.5 million roster bonus on the third day of the 2022 league year.

Kenny has made numerous clauses, including a $250,000 incentive for making the Pro Bowl, $750,000 with 1,200 receiving yards or 80 receptions or ten touchdowns. Golladay will be making millions in the future.

Kenny is an active social media user and keeps posting numerous photos of his games, family, friends, and girlfriend. Although He has shared multiple pictures of his girlfriend but has not shared a word about her. He likes to keep his personal life away from the spotlight. 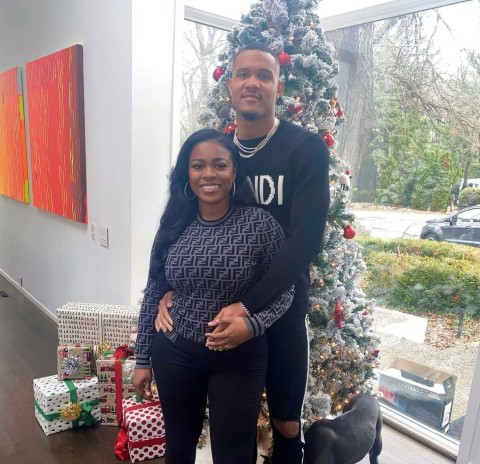 Kenny shares a photo with his girlfriend at Christmas SOURCE: [email protected]

Kenny is dating his longtime girlfriend, Araina Jay. They have been together for more than two years. She has an Instagram account under the user name Nykkia.

Golladay played American football for his High School and earned first-team Blue Division All-Catholic League honors for his senior season. He joined the University of North Dakota and had 30 catches for 429 yards and a touchdown in his freshman year. After spending two seasons with Dakota, Kenny transferred to Northern Illinois for his junior year. In his senior year, The player had 87 catches for 1,156 yards and eight touchdowns.

Kenny listed his name for the 2017 NFL draft. Detroit Lions drafted him in the Third Round overall 96th pick. He had to struggle in his early days to take his spot on the team. The following season, Golladay was a regular player and finished the season as the Lions' leading receiver with 70 receptions for 1,063 yards and five touchdowns.

In 2019, Kenny was selected to his first Pro Bowl team and finished the season with 65 receptions for 1,190 receiving yards and a league-leading 11 receiving touchdowns. In early 2021, Kenny signed with the New York Giants on a four-year, $72 million contract.