Tuanigamanuolepola "Tua" Tagovailoa is an American Football Quarterback who played for the Alabama Crimson wearing the No. 13 jersey. He attended Saint Louis High School and enrolled at the University of Alabama for his collegiate years.

Tua was born on 2 March 1998 under the star sign Pisces. He was born and raised alongside brother Taulia Tagovailoa, sisters Taylor Tagovailoa and Taysia Tagovailoa in Ewa Beach, Hawaii to parents Galu Togavailoa and Diane Tagovailoa.

Even though being a elite in the college, the players don't receive any salary from their college but they do receive scholarships according to their abilities shown by the students in different fields. This being the reason, Tua hasn't earned any rewards from his collegiate year and doesn't have any net worth as well. 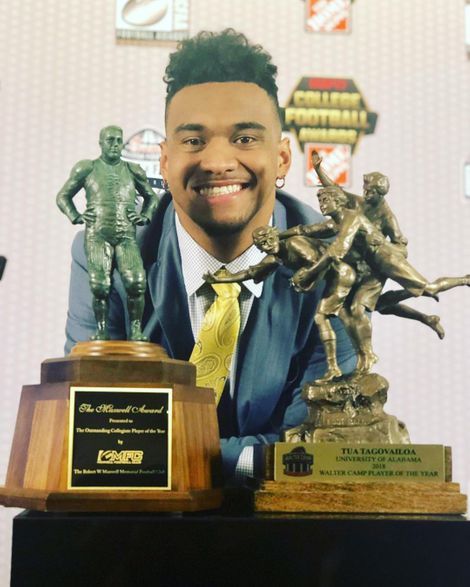 The young Tagovailoa has a bright future ahead of him if he is selected in the preliminary round of the NFL Draft. Other top prospects include Chase Young, Joe Burrow, and Isaiah Simmons.

Tua Tagovailoa: Asking for a girlfriend

The 6' 0'' tall Tua might possibly be single and doesn't seem to be dating anyone for the time being. He is entering a breakthrough point in his career and might be focused on his dreams before being committed to anybody. 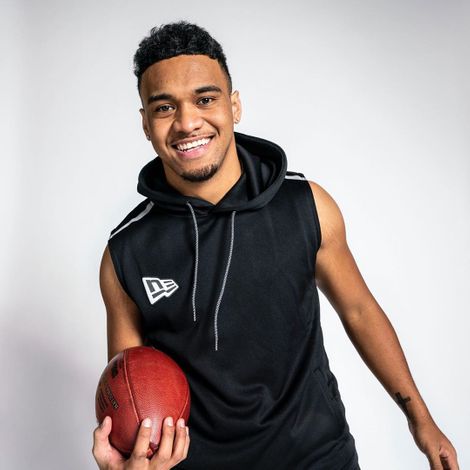 Although according to the reports from The spun, he wants to find himself a girlfriend for the purpose of sneaking past his father and bringing him junk food. Tua spoke as a joke in an interview.

His father is very strict about his diet and oversees what he eats and the 22-years-old wants someone who can bring him something tasty once in a while. However, with the overall diet and training, Tua is definitely going strong as the top prospect in the 2020 NFL draft.

Taulia Tagovailoa, the small brother of Tua is also a football quarterback and is committed to the Alabama Crimson Tide as well. 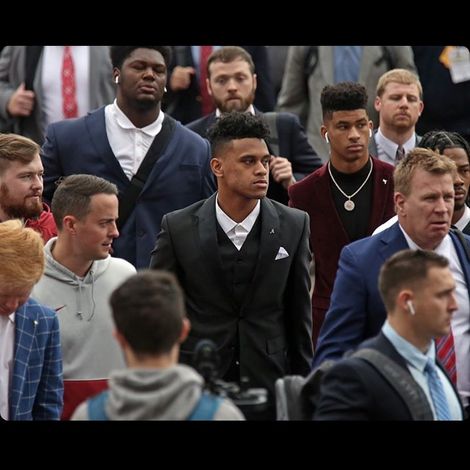 Following his brother's footstep, the 5' 9'' weighting 94 Kg wears the #5 Jersey for the Crimson Tide.

The 98 Kg recently underwent right hip surgery after being injured in the Crimson Tide's game at Mississippi State. After the surgery, Dr. Lyle Cain released a statement stating the procedure went as planned and he will soon be receiving his rehab therapy in Tuscaloosa. 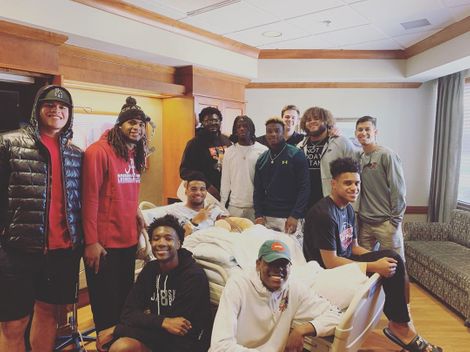 We would like to thank all of the Alabama family and everyone across the world for the prayers and outpouring of love and support for our son and our family,” Galu and Diane Tagovailoa said on an Interview.