Dwayne Haskins is an American football quarterback. He played in the National Football League (NFL) for three seasons for Washington Redskins / Football Team (2019–2020) and Pittsburgh Steelers (2021). He finished his collegiate career at Ohio State University and was drafted by Washington in the 2020 NFL Draft with the 15th overall pick in round one.

Highland Park, New Jersey native, Dwayne Haskins was born on 3rd May 1997, under the star sign Taurus. The twenty-three years old is an American by nationality who came from the Afro ethnic background. He stands 6 ft 4 in (1.93 m) and weighs 230 lb (104 kg).

How Much Is Dwayne Haskins Net Worth? 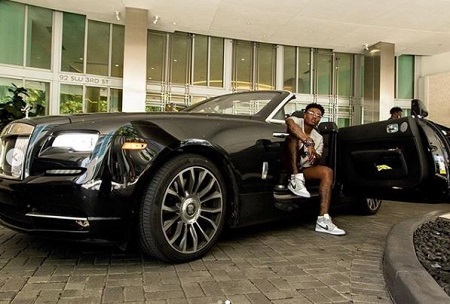 Earlier, the media was buzzed by Haskin's adorable love affair with his girlfriend, Savhana Cousin. The duo was first spotted in public in his home state of Maryland, watching the 2019 NFL Draft at a viewing party at a bowling alley.

Back in 2018, The star quarterback posted a deep message for his girlfriend, “You’re the flower that I gotta protect.. happy 2 year anniversary to my love @savhana_arai many more to come. I’m so blessed to have you in my life, let’s conquer the world together.” 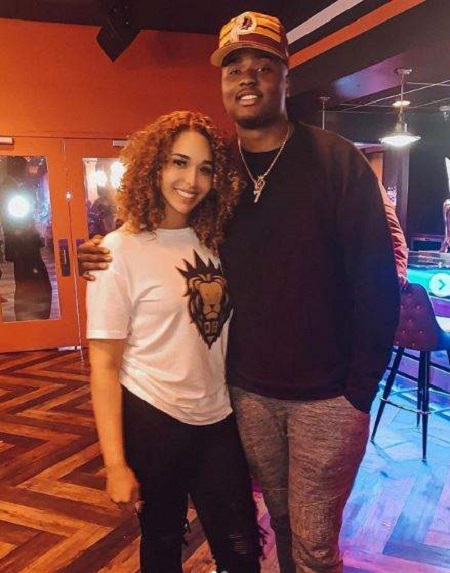 However, the post is nowhere to be found in Haskin's IG now. Similarly, Savhana has also deleted all pictures with him. Seems like the duo is not in good term or they just went low key.

Dwayne Haskins was born to Dwayne Haskins Sr. and Tamara Haskins. He was raised alongside his sister, Tamia, who he considers his best friend. Haskins Jr told, “My dad used to always tell me; I had three aspects of my life: sports, social life, and school. I chose to be great at school and football."

In his 9th grade, he attended and played football at Bullis School from 2013–2016. Originally, he committed to the University of Maryland to play college football but later decided to attend Ohio State.

In the 2019 NFL Draft, Haskins was drafted by the Washington Redskins in the first round, 15th overall. He made his debut for the team in a Week 4 game against the New York Giants. During the 2020 offseason, Haskins lost seven percent in total body fat.