If you love watching Boxing, then you must have heard about Jessica McCaskill. Jessica is a rising American professional boxer and a former Chicago investment banker. Jessica came to the limelight after a win over two-weight world champion Erica Farias for the WBC female super lightweight title in 2018. She currently holds IBO female welterweight titles.

Jessica McCaskill was born on September 8, 1984, in St. Louis, Missouri. She is among the two children born to her parents, Shannon Confield and Gambino Villa. Her parents divorced when She was in grade four. Jessica and her brother were raised by their great-aunt Christine. After graduating from Her High School, Jessica enrolled at Southern Illinois University. Jessica stands five feet and six inches tall and weighs 63 kgs.

Jessica McCaskill has an estimated net worth of $200,000. She has been earning much of her net worth through her successful career in professional boxing. A boxer has multiple income sources like prize money, fight of the night, pay per view, guareented money, sponsorship, advertising deal, and a few more. 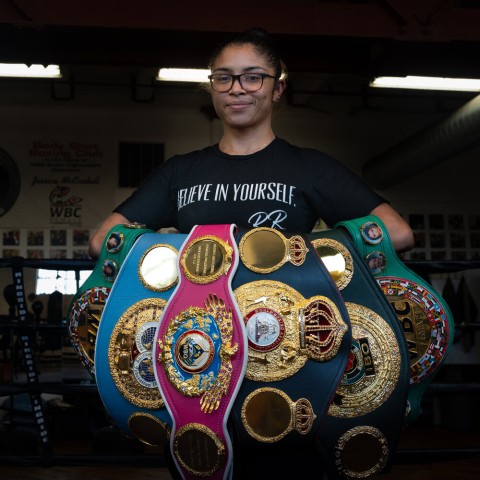 The average earnings of a female professional boxer in the United States is more than $50,000. Jessica must be earning much more than the average wage as she is a world champion. Ashleigh Curry and Franchon Crews Dezurn are two famous American boxers with similar net worth.

Jessica spends most of her free time in the training hall or with her family and friends. She is very much private about her personal life. Jessica only shares photos of her along with her teammates of their training. Jessica is at the peak of her career. She could be waiting for the right person to fall in love with.

On August 22, 2015, McCaskill made her professional debut against Tyrea Nichole Duncan. She won the match in the 2nd round via TKO. In June 2016, Jessica had her second match against Katonya Fisher, and she lost the match via split decision. In late 2017, the fighter got a chance to fight for a the WBA female lightweight title against Katie Taylor but lost the bout via an Unamious decision.

In October 2018, Jessica fought for the WBC female super lightweight title against Erica Farias. She won the match via unanimous decision which earned her a first title. McCaskill retained her title in the next match and won WBA female super lightweight title against Anahi Ester Sanchez via an Unamious decision. In the mid of the COVID Pandemic, Jessica fought for the  WBA, WBC, IBF,  WBO, and IBO female welterweight titles against Cecilia Breakhus. She is ready to defend her title against Cecilia on March 13, 2021.