Ashleigh Curry is an American professional boxer who fights in the bantamweight division. Turned professional in 2010, she is currently ineligible for regional rankings due to inactivity.

Saint Joseph, Missouri native, Ashleigh Curry was born on 17th September 1985, under the star sign Virgo. As per nationality, she is an American and is of Afro-American ethnic background. Further, she stands 5'8" tall and weighs 136 LBS.

Ashleigh Curry's Net Worth and Earnings

A professional boxer from the United States, Curry has compiled a record of 1-5-0 (win-loss-draw). There is no fixed salary for boxer rather they make money by winning boxing matches, securing sponsorship and becoming an ambassador for the sport.

While there's huge money to be made in boxing, salaries are all over the place but only the top 1% of all makes over a million dollars per annum, the lowest 10% of all professional boxers earn less than $19,220 per year. Since Curry has few fights, she has summoned decent sums through her career. As of 2021, her net worth is no less than the five-digit figure.

Relationship Status: In A Domestic Partnership

Neither married nor single, Ashleigh Curry revealed she is in a domestic partnership on 22nd December 2020 via her Facebook post. However, she is yet to come out with her partner's identity and other relationship details. 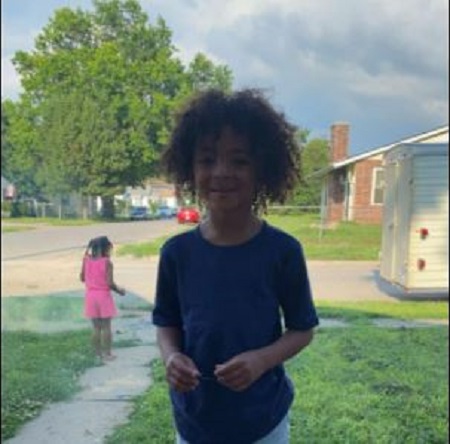 What's more, she is a mommy to a little boy but the thing is she prefers to keep her personal life little private. There is no information available regarding her son.

Ashleigh was born to Afro-American parents. Nevertheless, her parent's names and other family members are out of media reach. She did her high schooling at Booker T. Washington High School. Upon graduation, she enrolled at Missouri Western State University.

On 12th June 2010, Ashleigh made his professional debut at Danger Fire Promotions against Jessy Forman. She won the fight. Her second fight came on 28th April 2012 at Invicta FC 1 where she was defeated by Liz Carmouche via punches in round one. On 10th August, she lost to Lauren Barefoot at Disorderly Conduct via corner stoppage in round one. The following year on 1st March 2013, she lost to Marciea Allen at Missouri Regional. 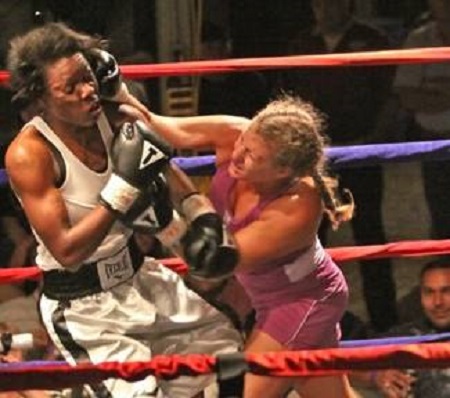 She then took leave for six years from MMA and eventually appered on 19th October 2019 at Ritson vs. Davies Jr. but lost to Savannah Marshall. Further, she was defeated by Franchon Crews-Dezurn at Garcia vs. Campbell on 2nd January 2021.