Franchon Crews Duzurn is a well-known American professional boxer. She has been fighting in the ring for a long time but turned professional at the end of 2016. Crews is ranked as the World's Second Best Active Female Super Middleweight fighter. Franchon is also the titleholder of a unified super-middleweight world champion.

Virginia Native, Franchon was born on June 13, 1987, in Virginia Beach, Virginia. Franchon is among the four children born to Sarah Marie Crews and her husband. Her mother passed away in December 2016, right after she turned professional. There is not much information about her early life and her parents. She was raised alongside her three older brothers. Franchon devoted most of her childhood, preparing for the fights and did not attend formal education.

Franchon Crews has been earning a hefty sum through her successful career in boxing. She was got to represent her country while she was an amateur. From her amateur, she must have earned to make a good living. Franchon has an estimated net worth of $1 Million as a boxer earns a good amount through sponsorship deals and contracts. 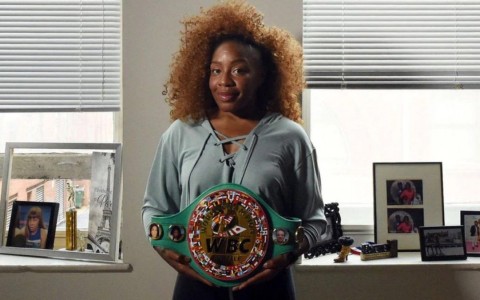 The average salary of a female pro boxer in the United States is more than $50,000.  The money can raise depending on their weight class, sponsors, and fighting records. In 2019, Dezurn signed a promotional deal with Golden Boy. She earned a good sum through the deal, but information about the amount is still under investigation.

Who is Franchon Crews Dezurn's Husband?

Franchon Crews is a married woman. She is living a happy married life along with her husband. Franchon tied her wedding knot with Glenn Dezurn Jr. in 2012. At the time of their wedding, Non of them were in the limelight so, there is not much information about their wedding with the public. They had been dating for sometime before tying their wedding knot. 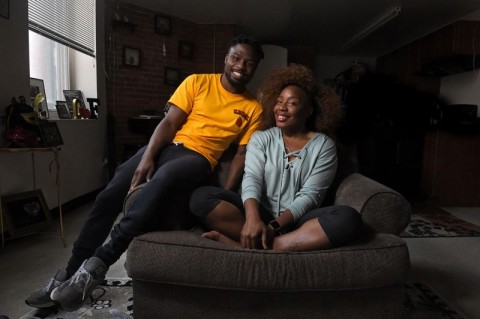 Glenn is a Gym Trainer and Crew's training partner. They met each other being at the same Gym. Glenn is very much supportive of his wife. He is always there to attend his wife's match. Although It's been more than eight years of their marriage, The love birds are yet to welcome a new member to their family. When asked about starting a family, Franchon mentioned that she is planning shortly.

Dezurn started training for boxing in 2003. She had many ups and downs initially but became successful. She flourished as an amateur, winning eight national championships and fighting in Russia, China, England, Canada, and South America. She turned professional in November 2016 and had her first fight against Claressa Shields. Unfortunately, She lost the game by unanimous decision.