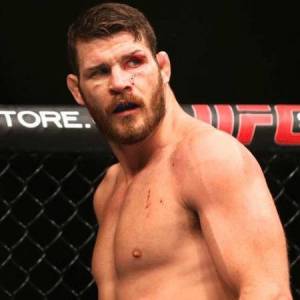 The super hardworking, Michael Bisping is one of the most decorated names in the world of mixed martial arts. He is an English mixed martial artist. At this moment, he competes in the Ultimate Fighting Championship (UFC). Right now, he is the UFC middleweight champion. Earlier, he was also the Cage Rage Light Heavyweight Champion and also The Ultimate Fighter 3 Champion. He was the first English fighter who managed to win a UFC championship at UFC 199. He was born on 28 February 1979 and this makes his age 37 now. He was born on a British Military Base in Nicosia, Cyprus. He is British by his nationality. He is of Polish descent. He is the son of Jan. His father was in British Army while his mother is Irish.

Michael Bisping was raised in Manchester where he found his love for the martial arts. At the age of 15, his amateur career started. He competed at the modern MMA called Knock Down Sports Budo (KSBO). At the age of 18 and he quit training of MMA to live a normal life. However soon, he started training kickboxing, karate and boxing with Allan Clarkin who was the owner of Black Knights Kickboxing.

Michael Bisping made his professional MMA debut at Pride & Glory 2: Battle of the Ages on 4, April 2004. He won the fight against the Steve Mathews. At this moment, he is a prominent fighter of UFC. Earlier, he also proved himself as a successful kickboxer. Numerous awards and rewards have honored him for his remarkable performance in the world of mixed martial arts.

Michael Bisping has married his girlfriend Rebecca Bisping. His wife is from Australia. They have three children together. Since getting married to till date, they have been extremely happy in their personal life. Apart from football, he loves to spend his moments with his wife and child and move around the world for traveling. He is a veteran. He has also acted in several movies. His new film My name is Lenny going to release in 2017.

Once Michael Bisping also quit the sports due to financial circumstances and then he involved in several jobs which he mentioned in his autobiography. He worked in working factories, slaughterhouses, and demolition companies. Moreover, he has worked as a postal worker, plasterer and sales man. Currently, he resides in Orange Country, California.

Michael Bisping championships and accomplishments are worth to watch for the upcoming generations. There are many admirers of Michael Bisping following him to get success. He is truly a benchmarker. He has a great physique and has a height of 6 feet and 2 inches. He has maintained pretty amount of bank balance from his total salary. His estimated net worth is around $ 3 million. Recent updates about his bio can be taken from Twitter and Instagram.