Jimmy Crute is an Australian mixed martial artist (MMA), who currently competes in the Light Heavyweight division of the Ultimate Fighting Championship (UFC). He was Australia's Hex Fight Series light heavyweight champion. He is also known as "The Brute." He is active in the UFC since 2016.

A native of Singleton, New South Wales, Australia, Jimmy Crute was born on March 4, 1996, under the star sign of Pisces. He has a height of 6 ft 2 in and weight of 93 kg. So far, he has appeared in a total of 11 matches and won 10 matches. He ranks black belt in Brazilian Jiu-Jitsu. He currently trains under Sam Greco.

Crute is scheduled to face Michal Oleksiejczuk on February 23, 2020, at UFC Fight Night 168.

Jimmy Crute earns money from his professional MMA fighting career. Since the beginning of his career, he has amassed thousands of dollars.

On average UFC fighter made an average salary of $138,250 in 2018, up from average earnings of $132,109 in 2017, whereas veteran fighters such as Donald Cerrone and Conor Mcgregor earned millions of dollars. 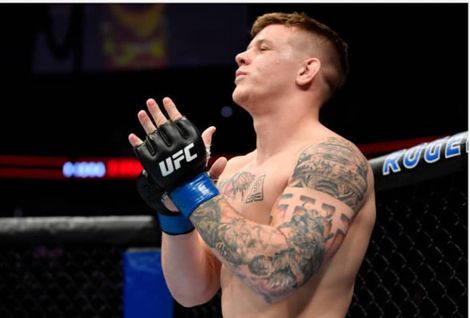 Also, UFC fighters are paid sponsorship money - allocated to the UFC from Reebok - per fight, depending on the number of fights that fighter has in the UFC.

Crute has also won several fights at the Australian Hex Series. But his earnings from those fights are not put up for disclosure. However, we can roughly estimate that he received thousands of dollars from the win fights.

Jimmy Crute's net worth is still under evaluation. Keep visiting us to know about his net worth.

The 24-year old Jimmy Crute is at present in a relationship with Karlia Ashlyn. They have been dating for almost one and a half years. Ashlyn is from Australia. 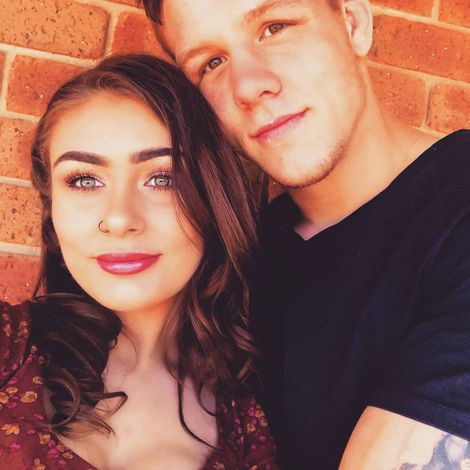 Born and raised in Singleton, NSW, Australia, Jimmy Crute comes from a family where his parents' families were in a boxing career. At the age of four, he started Karate after his parents got him into it. Then at age 8, Judo and started training Brazilian Jiu-Jitsu at the age of 11. He made his professional debut in the Hex Fight Series in Melbourne when he was 19 years old, and won with a first-round submission.

Prior to being signed by the UFC, Crute worked as a full-time forklift driver. Early in his fighting career, Crute focused exclusively on the Australian Hex Fight Series. He won three ties Light heavy championships against Ben Kelleher, Steven Warby, and Doo Hwan Kim.

On December 2, 2018, Crute made his debut against opponent Paul Craig at UFC Fight Night 142 and won the fight in the third round. He also won the fight against Sam Alvey via technical knockout at UFC 234.

On September 14, 2019, Crute fought against Misha Cirkunov at UFC on ESPN+ 16 but lost the match n the first round.