News How much is Max Holloway’s Net worth and Salary? know about his house and cars

How much is Max Holloway’s Net worth and Salary? know about his house and cars

If you follow Ultimate Fighting Championship UFC, you might know who Max Holloway is. If you don't, then we are here to let you know all about his net worth, salary, and his rides today in this column of playerswiki.

Max Holloway, an American mixed martial artist popularly known as Blessed, fights in the Featherweight division of the Ultimate Fighting Championship (UFC) where he is the raining and defending UFC Featherweight champion.

27-years old Max, who is divorced from his former wife Kaimana Pa'aluhi, is able to collect many fans and followers all over the world with his unique fighting skills. We will let you know more about his net worth, salary, and lifestyle here. Reportedly, Max Holloway earned $300,000 in UFC 231 event against Brian Ortega. He also earned the fight of the night for his win over Brian Ortega.

Max Holloway's Net worth and Salary

26 years old Max started his MMA career at the age of 19. His current salary from UFC is estimated to be $260 thousand and is hoping to elaborate his net worth as he is one of the greatest featherweight fighters in UFC.

According to the Contract with UFC, Max reportedly gets $160,000 as the win bonus. Whereas he gets $50,000 for the fight night bonus and after he dominated the division by winning Jose Aldo in UFC 212; Max was able to earn a sponsorship from famous Rebook worth $40,000. He reportedly earns $410,000 as a whole per winning the match.

Blessed is also one of the devoted and professional players in the history of martial arts. His net worth has risen steeply these days as he is one of the highest-paid fighters in the UFC. The net worth of this Hawaiian UFC star is estimated to be around $5 million. Max earns around $1.5 million in a year which comes from the UFC fights, sponsorships, and bonuses. 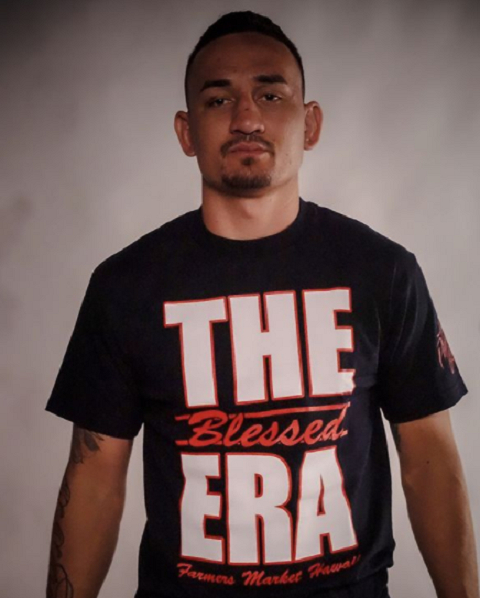 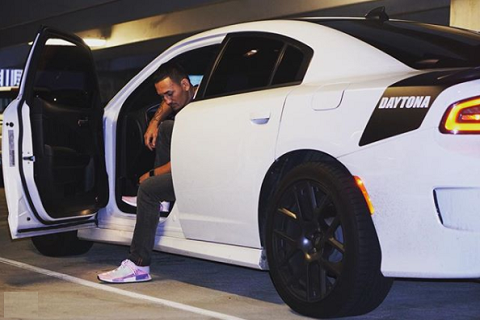 Max Holloway Rocking his Nike in style Arriving at an event in Hyundai
SOURCE: Instagram

As a featherweight champ, Max gets a ton of sponsorships and deals which reportedly earn him over $1 million dollars.

Recently Max received a new Chrysler car recently in January 2017. The worth of the car is estimated to be between $22,115 to $45,270. It was provided to him by the Hawaiian company for his accomplishment in MMA.

Previously, he used to drive different other cars which he has not mentioned. As said by Max, It's the blessed era and is looking for the big money fights in UFC and in his, after the post-fight conference, he openly said that Conor McGregor should now beg to fight him as he rules the division.

The fighter previously had lost a fight with UFC star McGregor while they were both running for UFC title shot. Recently, The lightweight champion McGregor is preparing for a fight with Boxing superstar Floyd MAyweather Jr. On August 26th. But as per the reports, Organisers of the McGregor Vs Mayweather fight which is named a Big money fight are struggling to sell the tickets.

We hope all MMA fans get to see the best of the division Blessed fights another UFC champion The Notorious one who gave up on his featherweight to fight Eddie Alvarez.