Erickson "Hammer" Lubin is an American professional boxer who has garnered quite the limelight through his illustrious career. He has a pro-boxing record of 24-2-0 (win-loss-draw), with 17 wins coming via a TKO.

Hailing from the suburbs of Orlando, Florida, Erickson Lubin was born in 1995. He celebrates his birthday on the 1st of October every year. He is currently 26 years old. Likewise, his zodiac sign is Libra.

His father's name is Erick Lubin and his mother's name is Marjorie Guerrier. He is one of seven children of his parents. Among his six siblings, one is his older brother named Michael Jean Louis, a former boxer who trained Erickson in his childhood.

As mentioned above, Erickson Lubin was trained by his brother, Michael Jean Louis, during his childhood. He immediately picked up the pace and took part in his first amateur bout at the age of 8. As he continued to fight opponents, his skills and overall performance improved. 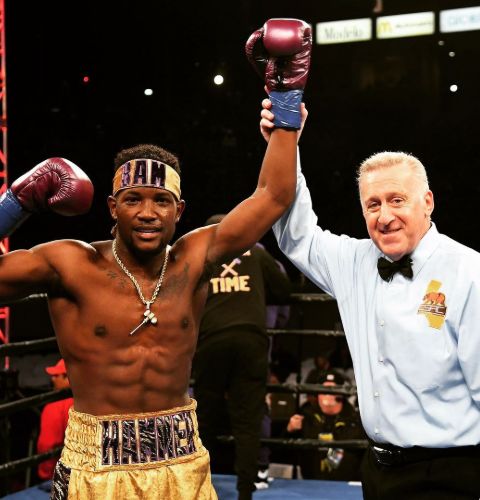 He went on to tally a huge amateur career record of 143-7 (win-loss) and even won different tournaments such as the Junior Olympics (twice), 2013 Independence Cup, 2013 PAL Championships, and the 2013 National Golden Gloves. He was so exceptional that everyone at the USA Boxing program believed him as a future Olympic gold medalist.

But, to everyone's surprise, he decided to turn professional at the age of 18 and signed with Mike Tyson's Iron Mike Promotions. On November 26, 2013, he made his pro-boxing debut against Eric De Jesus. Much like his previous bouts, he easily won it via a TKO.

Afterward, his reign began as he continued to pile up wins after wins. Some of the opponents he defeated were Luis Santiago, Tirobio Ball, Noe Bolanos, Norberto Gonzalez, Kenneth Council, Orlando Lora, Daniel Sandoval, Ivan Montero, and Jorge Cota.

However, on October 14, 2017, an upsetting loss at the hands of Jermell Charlo ended Erickson's wonderful 18-bouts winning streak and his dream of holding the WBC super welterweight title. After that huge loss, he took a break for some months.

But, when he returned to the ring, he was better than ever, with the same aim to capture the WBC super welterweight title. He went on to defeat Silverio Ortiz, Ishe Smith, Zakaria Attou, and Nathaniel Gallimore in his next four fights.

On September 19, 2020, he defeated Terrell Gausha via a unanimous decision to capture the vacant WBC Silver light-middleweight title. Since then, he has been holding that title. Erickson, on June 26, 2021, faced Dominican Republic's Jeison Rosario. He retained the WBC Silver super welterweight title.

Erickson Lubin has been earning a lot of money thanks to his flourishing boxing career. But, the exact figures are yet to be disclosed. Nonetheless, as per ziprecruiter.com, it is reported that the average salary of a pro boxer is around $37,501 per year, and it can rise to $70,000 per year.

The American boxer is also earning a healthy sum from his sponsorship deals and merchandise sales. Some of the brands he has worked with are F4 Studios, Dior, Chrome Hearts, and so on. He also recently dropped his new merch which price tag is $50 per t-shirt. He also has a reasonable collection of some expensive cars. 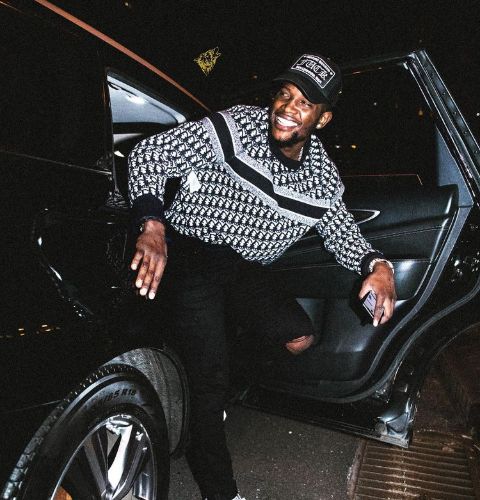 Taking all of that into consideration, it must be sure that he has a remarkable net worth. However, Erickson Lubin's net worth is yet to be disclosed and is still under review.

Is Erickson Married or Dating? Children?

Not much is known about the current relationship status of Erickson, but, it is found out that he was dating a girl named Julmarie Garcia. The two were together in 2016. Besides, Erickson and Julmarie even welcomed a son, Malachi Lubin, in July 2017.

Although they were dating and also became parents, Erickson never bothered to discuss much about his girlfriend in the public. He also has never shared a picture of his partner. As a result, many began to believe that they got separated.

Nonetheless, nothing can be said without a official confirmation as the pro-boxer might have been keeping his beau away from his limelight. However, Erickson has never hesistated to flaunt pictures alongside his cute son. He usually takes to his Instagram handle to post pictures with his off-spring. In some pictures, the father-son duo is seen having a wonderful moment, while in some, Erickson is seen training his son how to do boxing.