Is Yordenis Ugas involved in a relationship?

Yes, Yordenis Ugas is in a relationship with a girl named Dayanara. As per their Instagram account, they both have been dating each other for a long time and both are seen as very happy with each other. Dayanara and Yordenis Ugas both are having a great life together. Furthermore, there is no news regarding their marriage and they both do not have children together.

Yordenis Ugas's net worth is estimated to be $10 million USD as of now. His primary source of income is his profession, mainly he earns from boxing tournaments and championships. Apart from this, he has earned the endorsement and sponsor.

In addition, Cuban professional boxer salaries will vary between $1,500 and $5,000 a month plus bonuses.

Cuban Professional Boxer Yordenis Ugas was born on 15 July 1986 in Santiago de Cuba, Cuba and he is also known by the nickname 54 Milagros, comes from two people: "54" refers to baseball player Aroldis Chapman who wears the number 54, and is Ugas' best friend; "Milagros" is the name of Ugas' mother. 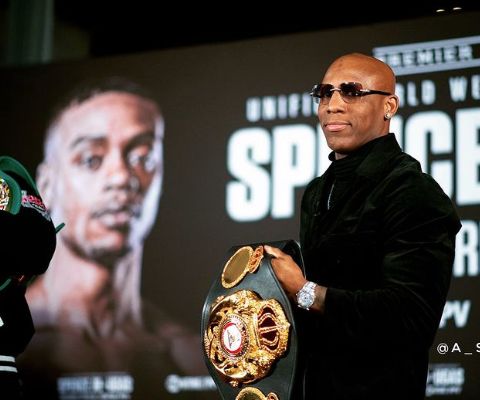 Furthermore, he was engaged with a girl name Dyanara and her Instagram follower is around 171k. Talking about his physical appearance, he is 5 feet 9 inches tall and black in color. Similarly, his weight is around 142 pounds and his zodiac sign is Cancer.

In addition, he has 6215 tweets on Twitter and he has 828 posts on Instagram which includes most of his game images, friends, family, girlfriends, etc.

At the Senior World Championships 2005, he suffered two heavy knockdowns by Canadian southpaw Ibrahim Kamal in his third fight but managed to win. The Manila Times writes:"But for two fleeting moments Thursday, unheralded Canadian lightweight Ibrahim Kamal showed the world that the Cubans, arguably the number-one force in amateur boxing, may have jaws of glass after all. 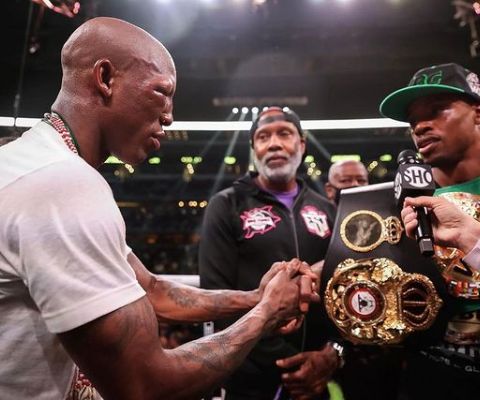 Yordenis Ugas in a fight against Spences. SOURCE: [email protected]_ugas

In 2006 he won the Central American Championships. He was part of the Cuban team that won the 2006 Boxing World Cup. In 2007 he beat Yordan Frometa and Roniel Iglesias at the national championships. Later that year Ugás won the PanAm Games in Rio beating Darley Perez and Everton Lopes. Cuba didn't participate in the World Championships in Chicago.