Elias Theodorou All set To Turn Derek Brunson's 4th May Co-Main Event into May Day, Says Brunson Is An Emotional Fighter 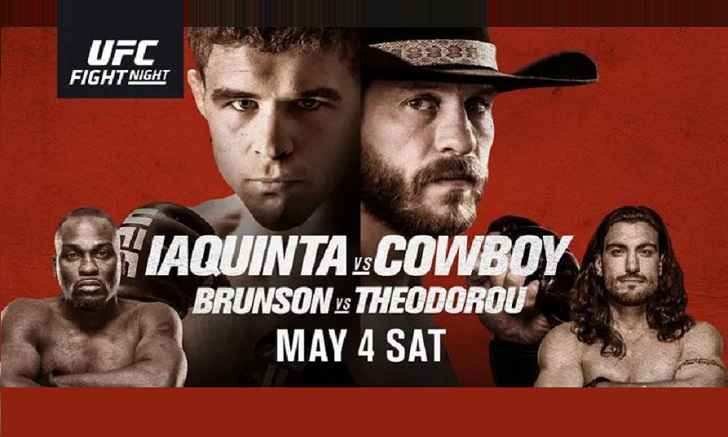 Canadian UFC star Elias Theodorou speaking with Media outlets on the Media day before UFC fight night 151, Theodorou looked pretty sure that he will turn Derek Brunson's 4th May Co-Main Event into May Day in his home ground.

He said that Brunson is a one-dimensional fighter and if anyone has watched one of his fights, they will know that his style is predictable. He in the 12 minutes long interview also claimed that Derek Brunson is An Emotional Fighter.

UFC middleweight Elias Theodorou in the QNA session started breaking point on his upcoming co-headliner against Derek Brunson and said it was an emotion vs. brains situation.  Elias criticizing Derek's last fight against Israel Adesanya said he isn't confident on letting his hands go and was insecure against Stylebender as:

He's somebody who is aggressive right off the bat, I'm cerebral and I'm looking for ways to win.
Fighting starts around 50/50, clearly, every adversary has his own barrier in relation to every adversary.
Or if one looked at the last one, he respected Israel so much that he went for a Takedown with Israel Adesanya desperately.

He said Brunson is a tough opponent but Theodorou wants to slow him down and then pick him apart slowly, as:

He lives by the swords and dies by the sword and that's something you know it's gonna be probably a tough ten first five minutes but from there  I'm gonna show him the difference between chess and checkers you look at his history of fights and how experienced he might be if you look at him and you try and learn from his past fights on how you well I think if you look at one Derek Brunson fight you've seen them all.

Further, the Canadian fighter has never lost in his home country and is confident that he will enter be in the top ten list after this fight.

In the main event, Donald Cowboy Cerrone is fighting Al Iaquinta and the winner is expected to push forward for the title run. The card looks pretty stacked with some of the best fighters fighting in the main card. So, UFC fight night 151 should be the best fight card assembled in a long time.