Elia Viviani is a professional cyclist who rides for UCI WorldTeam Cofidis and represents Italy in the international stage of cycling. He is the team captain of the Team Pursuit and Endurance Track Squad of Italy. In 2016, Elia won the gold medal in the Omnium in Rio. Recently, in Tokyo Olympic Games, he won the bronze medal in the same category.

The Italian Team Pursuit captain is one of the most dominant cyclists from Italy who have won seven gold medals at the European Elite Championships from 2012 to 2018. He has also won bronze and silver medals in World Championships. Besides, he won gold in the 2019 European Road Cycling Championships.

The 2016 Olympic gold medalist cyclist is also nicknamed Il Veggente, which means, The Seer. It's because of his ability to foresee other cyclists' movements during races.

On February 7, 1989, Elia Viviani was born in Isola Della Scala, Italy, under the birth sign Aquarius. His father's name is Renato Viviani, and his mother's name is Elena Viviani. He has 3 siblings, among which one of his brothers, Attilio Viviani, is a professional cyclist. 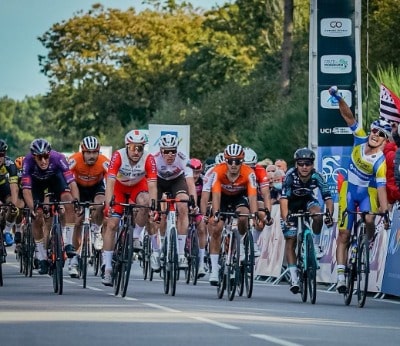 As a kid, he used to play soccer and tennis along with cycling. Later, he chose cycling as his profession. One of the many reasons is, it is an individual sport.

Read about Who is Katie Archibald? Family and Education

The 7 times European Elite Championships winner currently rides for the Cofidis in tracks, and his riding type is a sprinter. He previously rode for Liquigas–Doimo, Team Sky, and Quick-Step Floors.

The Italian sprinter Elia Viviani has an estimated net worth of $5 million. He accumulated most of his income from competing for the different teams in tournaments. And as expected, he has provided both monetary value and titles to those teams. Along with he has added fortune in his name. 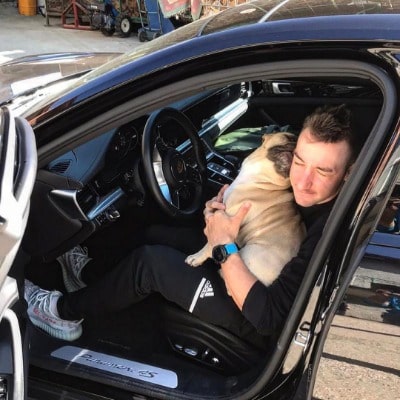 According to sources, Viviani earns about $2 million per year with Cofidis in 2021. The wage is pretty good for the Olympian, but it is way less than the other highest-paid cyclist. Tadej Pogacar tops the list who earns €6 million with the UAE Emirates.

Along with salary, Il Veggente also earns from other criteria like prizes, money, and bonuses for winning the titles. In addition, some cyclist also earns from just participation in the tournament.

He lives a lavish lifestyle with his girlfriend in Italy.

Who is Elia Viviani's girlfriend?

The 2014 European Elite Championships winner is engaged to another Italian cyclist Elena Cecchini, who currently rides for UCI Women's WorldTeam SD Worx. The pair have been dating for more than 2 years.

Viviani's girlfriend Elena is from Udine. She has participated in different major tournaments. in 2021, she won European Championships in a mixed team relay. 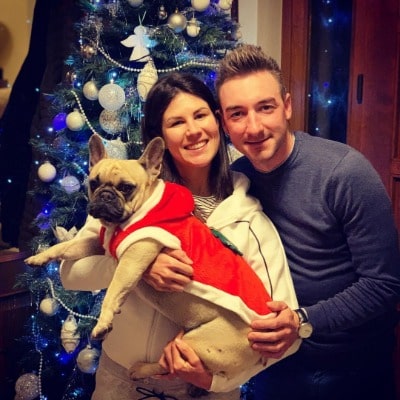 The couple is engaged and living together in Italy. Currently, as of 2021, they do not have any children.

According to sources, Viviani is set to join and ride for Ineos Grenadiers in 2022. There he will ride along with Filippo Gana, his Italian teammate, who also won a gold medal at Olympic Games in Tokyo 2020.

Before, The 2020 Olympic gold medalist winner was expected to join Astana as his contract with Cofidis will expire in 2021.

It has been reported that the Italian sprinter will sign a three-year deal with Ineos Grenadiers. He is expected to ride with Ganna till the 2024 Olympic Games.