Neah Evans is a Scottish and British racing cyclist, who currently rides on the track for Great Britain and nd Scotland. She used to ride for Podium Ambition Pro Recycling, a UCI Women's cycling team. She is a 5 times European Championship gold medalist which she won 3 golds in Team Pursuit, 1 in Individual Pursuit, and 1 in Madison.

Neah was selected in Great Britain's cycling team for the 2020 Olympic Games in Tokyo. She won the silver medal in the women's team pursuit event. She was joined by Katie Archibald, Elinor Barker, Josie Knight, and Laura Kenny. Her teammate Katie Archibald even won the gold in the event. 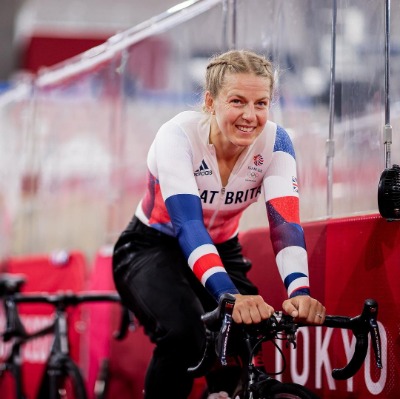 Besides, she has also won a couple of bronze and silver medals in World Championships and Commonwealth Games.

Neah Evans was born on August 1, 1990, in Langbank, Scotland. Her father's name is Malcolm Evans and her mother Ros Evans is also an Olympian who participated in cross country skiing at the 1984 Winter Olympics in Sarajevo.

The 2020 Olympic Games silver medalist is 5 feet 2 inches by height and weighs around 60 kg. She currently resides in Cuminestown near Turriff. She is coached by Paul Manning, a former professional cyclist. Neah started racing professionally in 2017 before which she used to work as a veterinary surgeon. In the same year, she was selected for the  Cali World Cup Event representing Great Britain.

Net worth and Career Earnings of Neah

The 2020 Olympic silver medalist cyclist Neah Evans has an estimated net worth of $1 million approximately. Her wealth comes mostly from her profession of cycling where she gets prizes money, bonuses, and incentives for participating and winning medals.

Besides cycling, she also earned a sufficient amount of money from her career as a veterinary surgeon. Also, she is from a well-established family so it is sure that her financial condition is stable. 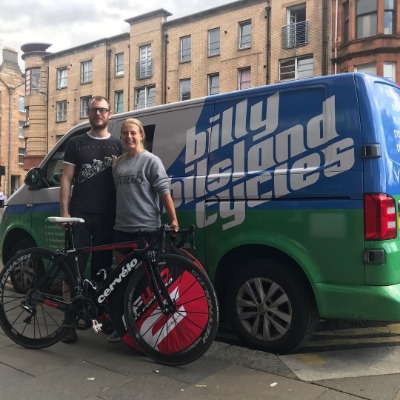 According to Great Britain regulations, she didn't get any money from her silver medal at the Olympics which the committee covered by providing facilities to their athletes annually.

Till now, British women cyclist Evans has not been successful to land any sponsorship deals from any of the brands. But it seems, her income is just going up only.

The 2019 European Championship gold medalist is currently having an open relationship with her boyfriend Jonathan Wale. The couple has been in a relationship for more than 1 year. However, she has not talked about when and how she met with her love Jonathan. Read also: Who is Yuka Saso Dating? Know About Her Boyfriend and Relationship Status

In January 2020, Evans revealed on her Instagram that her partner Jonny proposed to her which she gladly accepted. So it seems the couple is planning for an engagement. Till now, they have not announced when and where will they engage.

The 2018 European Championship gold medalist is active on social media. She goes by the username @neah.evans on Instagram and @neahevans on Twitter.