Katie Archibald is a professional cyclist who races on the track for Scotland and Great Britain. She currently holds the women's national record for individual pursuit for Britain. Katie has won 17 gold medals, an all-time record in European elite track championships.

As of 2021, she has altogether 23 gold medals in major tournaments including Olympics, World Championships, European Championships, and Commonwealth Games. The British cyclist won the gold medals in Olympic Games 2020 in Tokyo by winning the inaugural women's Madison race along with her partner, Laura Kenny. She also won the Olympic gold medal in Rio in 2016.

Who is Katie Archibald? Family and Education

Katie Archibald was born on March 12, 1994, in St Peter's Hospital, Chertsey, England, and her birth sign is Pisces. Her father, Ian Archibald, was also a young cyclist prospect before losing interest in cycling. Katie's mother Mrs. Archibald was a great supporter in her cycling career. The 2020 Olympic Games gold medalist's parents privately educated her at The Glasgow Academy where she used to swim at a younger age. It was in 2011 when she took cycling seriously leaving her previous hobby.

Katie Archibald Net worth and Earnings

The 2016 Olympic Games gold medalist has represented her country in different tournaments and won numerous titles. Along with the titles, she has won many prizes money, bonuses, and stipends. Having been able to represent as a successful athlete, Katie has made fortune and earned a large sum of money, as deserved.

According to sources, Katie Archibald's net worth is estimated to be $5 million approximately. Most of her earnings come from her profession of cycling. 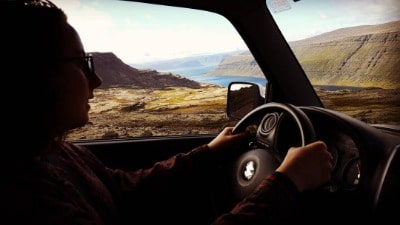 Besides earning, the 2014 World Championship gold medalist also represents herself in giving back to the community. In 2017, she partnered with Wonderful.org which is a fundraising platform.

What is the net worth of Stine Oftedal?

How much did Katie earn for winning the gold medal in the Olympics?

Most of the countries pay their Olympians a certain amount of money according to the medals they won in Olympics. It varies according to the country. Singapore pays the most giving  $744,000 for gold, $372,000 for silver, and $286,000 for bronze. While Australian athletes are paid less where $15,100 is paid to the gold medalists.

Team Great Britain does not pay any money to their athletes.  But they receive the amount as a training stipend annually. Britain's government give £125m for the development of their athletes incurring all the cost.

As of October 2021, Katie Archibald has not shared any photos with partners on any social media. Neither She has talked about her love in public nor she is seen together with any boyfriend at events. So it might be that she is not having a relationship with anyone.

the 2017 World Championship gold medalist must be living a single and happy life in England. She is too focused on her career and grabbing more medals rather than spending time dating.

Or, it might be that Katie prefers her love life behind the camera.

Read also: Who is Naga Munchetty Married to? Know About Her Relationship Status and Married Life

But from sources, we can confirm that she has had at least one relationship back in the past. Back in 2014, she tweeted  about her then-boyfriend saying,

"Wish I had a more bad-ass, law-breaking boyfriend. This one won't pick me up because of a broken headlight."

After that, she has never mentioned her partner on social media.

The British Olympian is active on Instagram and  Twitter where she frequently shares her photos and videos of cycling events.