DeMarcus Cousins is an American professional Basketball player who plays for the Los Angeles Lakers in the National Basketball Association (NBA). He was picked 5th overall in the first round of the 2010 NBA draft by the Sacramento Kings. Further, he played New Orleans Pelicans and Golden State Warriors.

As a Center, DeMarcus Amir Cousins reportedly earns around $3,500,000 as his yearly salary from the Los Angeles Lakers. Further, Cousins has an estimated net worth of over $50 million and has collected $86,048,986 as career earnings. Regarding his personal life, he is married to his long-time girlfriend Morgan Lang.

DeMarcus Cousins Salary and Net Worth

Further, the NBA Player Cousins earns a good amount of money from various sponsorships. He reportedly signed an endorsement deal with Puma. Previously, he was associated with Under Armour.

In June 2018, he sold his Granite Bay estate for $4.25 million, which he purchased back in 2013 for $4.725 million. Additionally, he has a collection of cars which he regularly flaunts on his social account; however, the details about Cousins' cars are not in the media yet.

Who is DeMarcus Cousins' Wife?

DeMarcus Cousins is married to his long-time girlfriend, Morgan Lang. The couple tied the knot on 24th August 2019 in a lavish ceremony at St. Regis Atlanta in Georgia. At the wedding, the bride flaunted in a gown by a couture designer while Cousins opted for a tux by Rich Fresh. 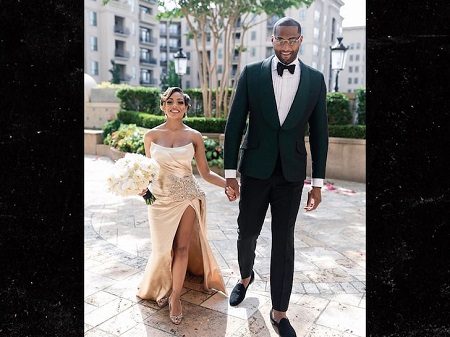 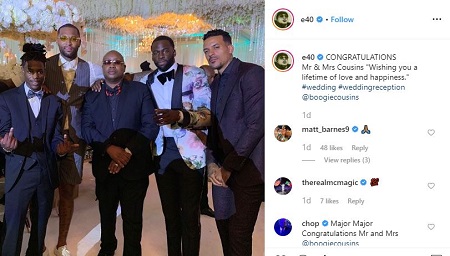 A photo by E40 on Demarcus Cousins Wedding SOURCE: Instagram

His wife, Morgan is a model be her professional who also owns a fashion line called Shopbodylang. Cousins often is seen promoting the line too in his official socials. 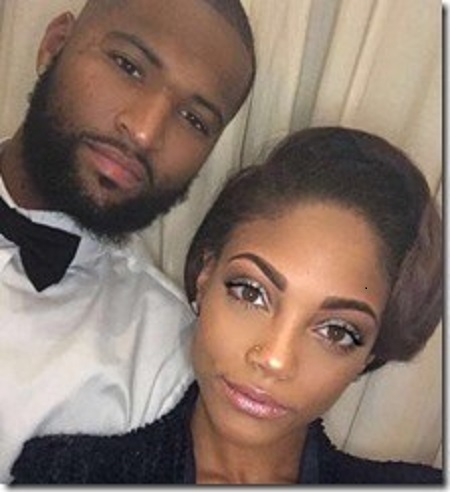 Cousins is also the father of two children. According to the various source, his baby mama has been identified as Christy West. Nevertheless, It’s difficult to uncover info about Christy West. As she’s from Mobile, too, so West and DeMarcus were probably high school/college sweethearts. 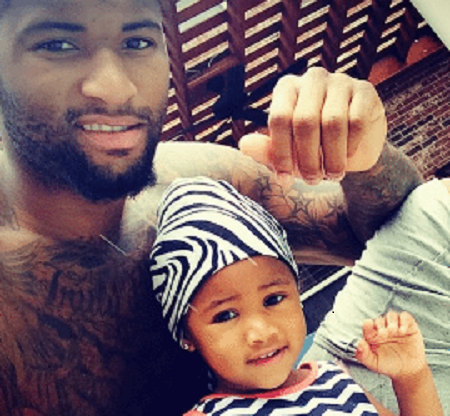 West is the mother of DeMarcus’ son, Amir, who has a sister named Vana, but we’re not sure if she’s also West’s daughter.

There ’s much confusion out there about who West really is and their affair. Some sources claim she’s actually Morgan, the same girl Cousins is dating now. While another state West’s the mother of DeMarcus’ son and daughter. At last, what we do know is that the NBA star has maintained a low key personal life.

DeMarcus Cousins was born as DeMarcus Amir Cousins on August 13, 1990, in Mobile, Alabama to parents Jessie Cousins and Monique Cousins. As per his nationality, he is American and belongs to the Afro-American ethnic group. Further, his star sign is Leo. He grew up along with his sibling, Jaleel Cousins.

On 7 April 2010, Cousins announced that he would forgo his last three seasons of collegiate eligibility and enter the 2010 NBA draft, where he was picked by the Sacramento Kings with the 5th overall pick. Further, he signed his rookie contract with the Kings, on July 7, 2010.

On 20th February 2017, Cousins and teammate Omri Casspi were traded to the New Orleans Pelicans in exchange for Langston Galloway, Tyreke Evans, Buddy Hield, along with 2017 first-round and second-round draft picks.

Later three days, he made his Pelicans debut against the Houston Rockets, recording 27 points and 14 rebounds in a 129–99 loss. In January 2018, he was diagnosed with a torn left Achilles and underwent season-ending surgery.

Apart from his domestic career, Cousins is also an Olympic champ, having won two gold medals as a member of the United States national team. The first one in 2014 at the FIBA Basketball World Cup and his second in 2016 at the Rio Olympics.