Buddy Hield is a Bahamian professional basketball player who plays in the National Basketball Association (NBA). Hield currently plays for the Sacramento Kings as their Shooting Guard and has played for other teams like New Orleans Pelicans in the past.

Hield has an estimated net worth of over $5 million and is reported to earn $3.8 million for the 2018-19 season. He is currently dating his girlfriend Sadie Houston.

Buddy Hield's Salary and Net Worth

Buddy Hield's net worth at present is estimated to be over $5 million. Over three seasons of his NBA career, he has a reported earning of $11,026,440.

Buddy Hield is rumored to be in a relationship with Sadie Houston. His girlfriend Sadie is the captain of the women's rugby team at the Oklahoma University. 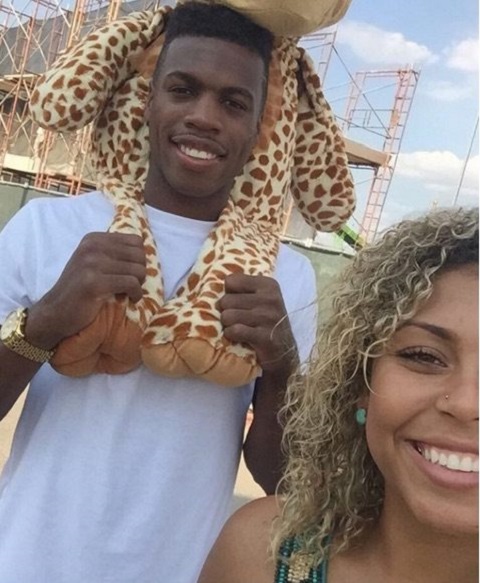 Hield himself has not given any detail regarding the affair. There are not any further information about his love life or relationship.

Chavano Rainier Hield was born on December 17, 1993, in Freeport, the Bahamas to parents Vincent Hield and Jackie Swann. As per his nationality, he is Bahamian and belongs to the Afro-American ethnic group.

Hield attended Sunrise Christian Academy in Wichita, Kansas where he played for his high school basketball team.  After completing high school, Hield enrolled at the University of Oklahoma and played for the Oklahoma Sooners.

During his collegiate year, he became a First Team All-Big 12 selection and won the John R. Wooden Award for the best college basketball player for the 2015-16 season. He ended his senior season with an average of 25 points, 5.7 rebounds and 2.0 assists per game.

The New Orleans Pelicans drafted Buddy Hield with their sixth overall pick in the 2016 NBA draft. In his rookie season with the Pelicans, he started in 37 of the 57 games that he played in. He held an average of 8.6 points, 2.9 rebounds, and 1.4 assists per game during his time at the Pelicans.

The Pelicans traded Hield along with Tyreke Evans, Langston Galloway, and 2017 first-round and a second-round draft pick, to the Sacramento Kings in exchange for DeMarcus Cousins and Omri Casspi on February 20, 2017. A the end of the season, he was named to the NBA All-Rookie First Team.

In the 2017-18 season, Hield was chosen as a starter during the season-opening but was later switched to a bench role after seven games. He averaged 13.5 points, 3.8 rebounds, 1.9 assists, and 1.1 steals at the end of the season playing in 80 games and starting in only 13.