John Wall is an American professional basketball player who plays in the National Basketball Association (NBA). As of 2018, John Wall currently plays for the Washington Wizards as their Point guard.

As a Point guard, John Wall reportedly earns around $19,169,800 as his yearly salary from the Washington Wizards. John Wall purchased a home in Potomac for $4.9 million. He also has a 2-acre property which has eight bedrooms, six garages and is spread in 17,980 square feet.

John Wall was born on September 6, in 1990. His father's name is John Carroll Wall, Sr. and mother's name is Frances Pulley. As per his nationality, he is American. Further, his star sign is Virgo.

He grew mostly with his mother Frances Pulley and a sister Cierra. He also has half-sister Tonya. 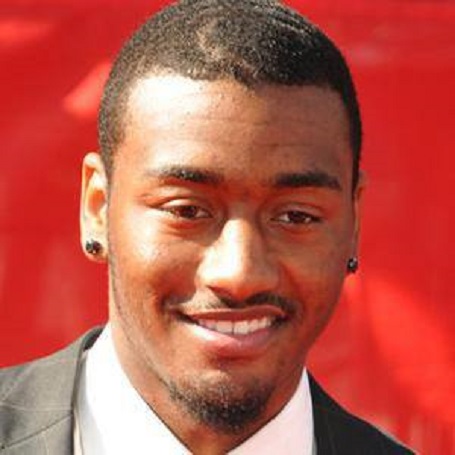 John Wall, in his high school career, held an average of 19.7 points and 8 rebounds. After completing high school, John Wall enrolled at the University of Kentucky and played for the Washington Wizards.

John Wall is the son of John Carroll Wall, Sr. and Frances Pulley. He has a small family with a sister. His parents and family members are very supportive of him on his profession as an NBA player.

Further, John Wall has no any love relationship with anyone at the moment. He is single and has no rumors dating anyone.

There is also no news on marrying and having kids of John Wall. He is making his career and taking a space from relationship besides his family.

The Professional Career of John Wall

He was drafted as the first overall pick by the Washington Wizards in the 2010 NBA draft.

He is known as the fastest players in the NBA. He has sign five-year contract with the Wizards in 2013 and in 2017 he again signed a four-year ($170 million) contract extension with the Wizards.

As of 2018, John Wall has an estimated net worth of $40 Million over. He reportedly signed a five-year contract with the Washington Wizards. Further, the NBA player has an average salary of $19,169,800 annually including $84,789,500 guaranteed.

Other than being a famous NBA star, John Wall is pretty famous in social media. On Instagram, he has 4.3 followers and about 40k likes on average. In Twitter, he has 1.88 million followers and has 1,841 likes.

Further, John Wall purchased a home in Potomac for $4.9 million. He also has a 2-acre property which has eight bedrooms, six garages, and 17,980 square feet.

These are some basic facts of John Wall.