Langston Galloway is an American professional basketball player. He currently plays for the Detroit Pistons of the National Basketball Association (NBA).

Galloway played college basketball for Saint Joseph's University. He signed for Pistons on 6th July 2017. Galloway previously played for the New York Knicks, New Orleans Pelicans, and Sacramento Kings. Galloway is married to Sabrina Stansberry and has a son from their relationship.

Langston Galloway was born on 9th December 1991, in Baton Rouge, Louisiana, United States. His parents are father Larry Galloway and mother Jeralyn Galloway. He belongs to an American nationality and holds African-American ethnicity. 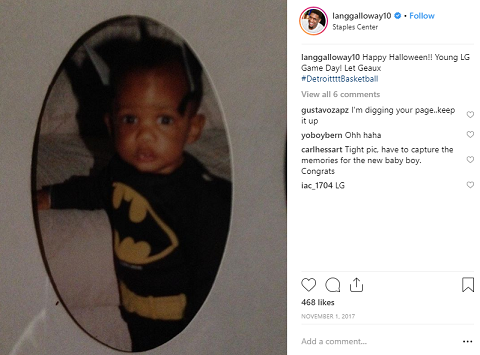 Moreover, Galloway earned Atlantic 10 All-Rookie team as well as Philadelphia Big 5 Rookie of the Year honors in his freshman years at college basketball career. Similarly, during his sophomore years, he was named to the All-Atlantic 10-second team and All-Big 5 first team.

Galloway signed for New Orleans Pelicans on 21st July 2016. He made his season-high 21 points in a match against Boston Celtics. Along with Tyreke Evans and Buddy Hield, Galloway was traded to Sacramento Kings on 20th February 2017 in an exchange of Omri Casspi and DeMarcus Cousins. Moreover, he signed for Detroit Pistons on 6th July 2017.

Langston Galloway is a married man. Galloway is married to Sabrina Stansberry. The couple exchanged their vows in June 2016. From their marital relationship, the duo is blessed with a child. His spouse, Sabrina gave birth to their son Langston Galloway II on 11th May 2017. 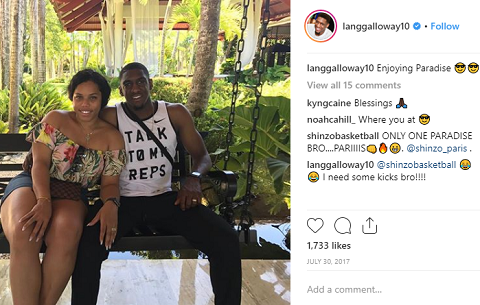 Galloway calls his son as Deuce. Since their wedding, the husband and his wife together and has maintained a peaceful relationship. Galloway is successfully maintaining his profession as well as family and often shares photos of his wife and son in his Instagram and Twitter. 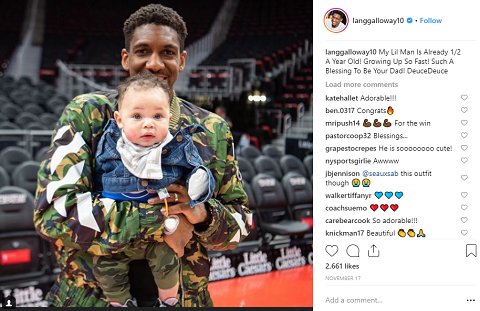 So far, they haven't faced any rumors of divorce and extramarital relationship. Other than this, there are no any records of Galloway's past affairs.

Langston Galloway Net worth and Salary

Langston Galloway earns a decent amount of money from his career as a professional basketball player. Currently, the net worth of Galloway is estimated to be around $12 million. Galloway has played for several clubs including New York Knicks, New Orleans Pelicans, and Sacramento Kings.

Galloway currently plays for the Detroit Pistons. He signed a four-year contract with Pistons for $21 million which included an average annual salary of $7 million. Moreover, Galloway must have earned a good sum of money from his college basketball career.