David Gavrushevich Avanesyan a.k.a. David Avanesyan is a Russian boxer who held the European welterweight title since 2019. Earlier in his career, he won the WBA (Regular) welterweight title in 2017. Turned professional 2009, his records show, the welterweight boxer has a total of 30 fights, winning 26 of them and 1 draw.

Pyatigorsk, Stavropol Krai, Soviet Union native, David Avanesyan was born on 15th August 1988, under the star sign Leo. He holds a Russian nationality and is of Armenian ethnic background. The thirty-two years old stands 1.73 m (5 ft 8 in) and weighs 174 cm (69 in).

How Much Is David Avanesyan Net Worth In 2021?

Turned professional in 2009, David Avanesyan has earned a good deal of money out of his boxing career. According to the source, the median salary of a professional boxer is $51,370 per annum.  Since Avanesyan is in the industry for a long time, he earns more than average. Outside the ring, Avanesyan earns much from endorsements and sponsorships. 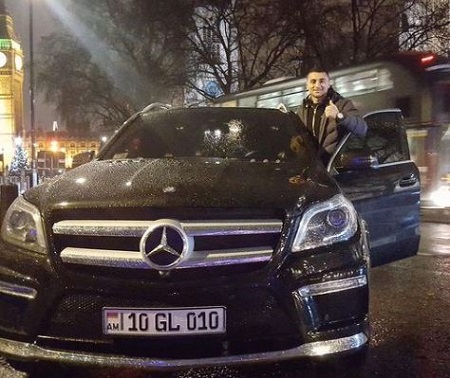 Back in 2016, he received the Toyota Corolla car as a gift for his victory and the work that he put into boxing.
Fights. Besides, has Mercedes and Audi. As of 2021, his net worth is approximately $1 million.

On 12th June 2009, Avanesyan made his professional debut against debutant Vazgen Agadzhanyan, scoring a four-round unanimous decision (UD). Next, he faced Andrey Klimov where he lost in round six via UD. Then he had consecutive 12 victories over the next four years, winning the Russian welterweight title and two WBC regional titles along the way. Avanesyan's winning streak ended on 16 March 2013, following a split draw against Aslanbek Kozaev.

The year 2015 and 2016 were banner years for Avanesyan as he the WBA interim welterweight title was under his name.

When it comes to his personal life David Avanesyan prefers to remain silent. He has maintained his love life as secret as possible. Never ever in his life, the welterweight fighter has involved in controversies neither there are any new/rumors of him being in a romantic affair.

Active on Instagram with 26.7k followers, David's posts are mostly from boxing. Intrestingling, he has featured foods and vacation posts on highlight sections.