Joe Fournier is an English businessman and a professional boxer who is an undefeated WBA International Champion. He is the proud owner of the BonBonniere Brand and is a multi-millionaire.

Joe is a hardcore traveler and a successful businessman. He has invested his time in fitness, hotels, restaurants, and boxing making him one of the most influential business tycoons. 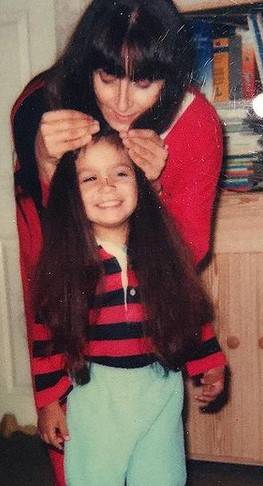 Fournier changed his schools often. Because of his parent's divorce, he needed to attend Ashton House Primary School and Isleworth and Syon School. While changing schools and shifting the location of residences, Joe learned a lot about culture and lifestyle.

Joe Fournier is 6 feet 1 inch tall and weighs around 75 kg. He fights in the light heavyweight division with an orthodox stance. The talented boxer has fought in ten matches so far, winning nine of them by knockouts.

Joe is an established businessman who has his hands on the real estate industry, nightclubs, and gyms. However, the never-ending love for boxing is one big reason for Joe to try boxing professionally. He started professional boxing in 2015 with the debut fight against Jorge Burgos in the Dominican Republic.

Joe went on a 4 match win streak defeating Manuel Regalado, Pedro Sencion, Bela Juhasz, and Mustafa Stini. During the match against Stini, Joe defeated Stini by knockout. However, the decision was ruled out after Joe was tested positive for banned substances.

Fournier then shifted on the gear and came clutch against Johhny Ascensio, Francisco Suero, Antonio Sanchez, and Reykon. Joe's next match is against David Haye on 11 September 2021 at  Seminole Hard Rock and Casino, Florida, United States. The undefeated English boxer Joe is also the WBA International Champion. He is on his way to be a global superstar in boxing. He has shown his excellence in the business world, and now, it's time to do the same in boxing.

Joe is an established businessman and professional boxer. Fournier is a heartthrob among gorgeous ladies with his charming personality, great physique, and good social skills. The millionaire businessman with a boxing profile makes him stand out in the crowd. 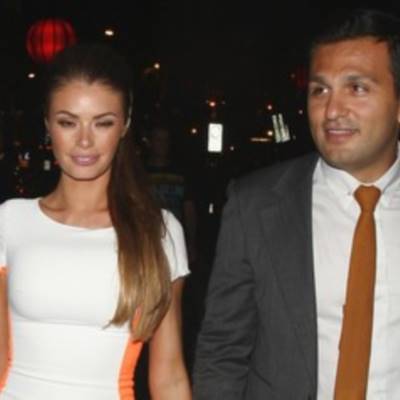 Currently, Joe is single and not dating anyone. But, the handsome businessman is never short of beautiful women in his life. He has dated the likes of Paris Hilton, Chloe Smith, and Nicole Sherzinger.

Joe was in a serious relationship with Chloe Smith. However, while Joe and Smith were dating, he also had a  cozy time with Paris Hilton- the famous model and singer. Smith had said that when she got to know about Paris and Joe, it broke her completely. Celebrities often visit Joe's nightclubs and gyms. With his charm and great social skills, you never know he might be dating anytime soon.

Multi-Millionaire Joe Fournier Net Worth in 2021

Joe Fournier is one of the biggest names in the multimillionaires. However, the start of the journey to the top was never easy. He started his career as a college-level basketball player. Joe said in an interview that with his first $200k contract, he bought a $100k Ferrari.

Joe decided to get into the fitness industry and made a great name for his fitness business in the world. He sold all fourteen outlets of fitness business to an FTSE 100 Company. He still believes that sales brought a chain of progress to his business.

Fournier also has invested a lot in the nightclub industry. He owns The Rose Club,  Whisky Mist,  and Streaky Gin. He is also the owner of Bonbonniere, located in Mikonos and London. There is a 600 capacity indoor venue with a retractable roof to party under the stars and a rooftop lounge accommodating another 150 people for that special sunset golden hour in Bonbonniere in Tulum.

The 38-year-old business tycoon has a great investment in the stock market and real estate industry.  In addition to this, Joe has also written a book with all his life experiences, struggles, and the taste of success. 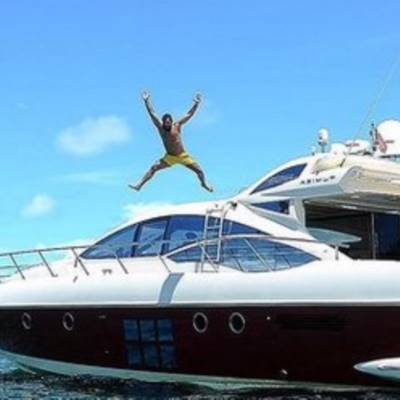 Joe Fournier enjoying his time in the Bahamas on yurt SOURCE: Instagram @joefournier

Joe is a crazy holiday freak. He likes to go on a full-fledged holiday journey. He loves to go on his private jets, yurts, helicopters, and many more. By this fact, you can have a brief idea of Joe's net worth.

With all his earnings from gyms, nightclubs, the stock market, the real estate industry, and book sales, Joe Fournier has been on the list of the millionaires. He has also been involved in professional boxing and earns a handsome sum of money from it.

The net worth of Joe Fournier is estimated to be around $200 million, and it is only going to rise up and up.

As you are already known about the fact that Joe is a multi-millionaire business tycoon. He is one of the biggest names in the United Kingdom. He is friends with some of the global superstars. Starting from Beyonce to Kim Kardashian West, Joe's friendship circle is no less than an award show's red carpet. 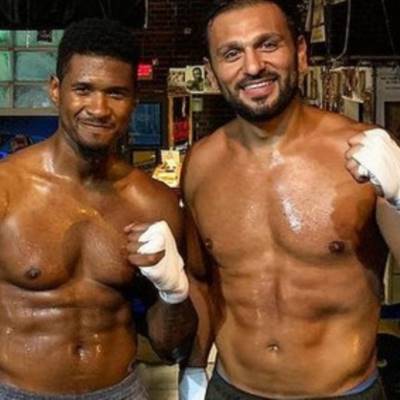 Joe is friends with David Beckham, Usher, Kanye West, Beyonce, Jay Z, and Paris Hilton. From football to music, Fournier's friends are everywhere, and each one of them is global fame. The connection with the celebrities has also helped his nightclub and gym business rise up. For instance, a photo of Joe with Usher highlights the Usher fans to know and visit the nightclub.

Reykon is a Colombian reggaeton singer and had his first fight against Joe Fournier.  They had a little beef a few years back in one of Joe's nightclubs. This fight was a long time coming for both. Joe knocked out Reykon twice, and both the stars got good pay from the star-studded fight. Joe earned around $220,000, whereas Reykon earned around  $80,000 from the fight.

Joe said," Jake Paul, I will break your jaw."

Joe has challenged Jake Paul for a fight. But, Jake has still not responded to the challenge. A Joe Fournier vs. Jake Paul match is in the cards. It just needs a push to be a full-fledged battle.