Randy Costa nicknamed The Zohan is an American Mixed Martial Arts (MMA) fighter who is currently signed to the Ultimate Fighting Championship (UFC). A professional since 2018, he competed at cage Titans FC where has undefeated results 4-0-0 win-loss-draw.

Taunton, Massachusetts native, Randy Costa was born on 6th July 1994, under the star sign Cancer. The twenty-six years old holds an American nationality and belongs to the white ethnic background. Regarding his physique, he stands 5'10" 177.8 CM tall and weighs 135 LBS 61.23 KG.

Randy is currently fighting at UFC where the fighter gets paid a base salary on fight night no matter if they win or lose. Further, there is typically a “win bonus” involved for the winning fighter, “fight of the night” and “performance of the night” bonuses. 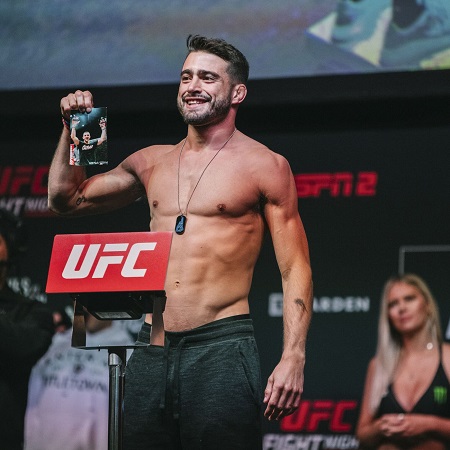 Earlier, he had few fights at Cage Titans FC where he earned a decent sum. As of 2020, his net worth is approximately $0.1 million.

UFC Bantamweight fighter, Randy Costa is currently in a relationship with his girlfriend, Sam (nickname). The couple started dating back in January 2019. 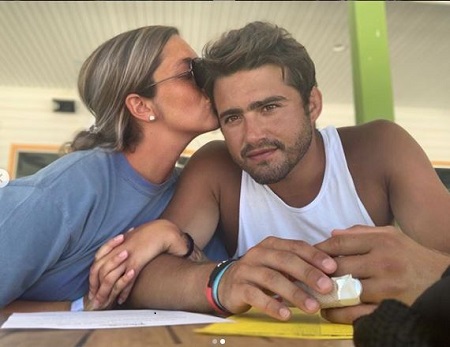 The MMA fighter often shares adorable pictures with his girlfriend on Instagram whereas Sam is a low key person who has set her Instagram account private.

Costa is the son of Bob and Lisa. He started to box in the sixth grade and then got into kickboxing in the eighth grade. He later wrestled for Taunton High School as a junior in the 160-pound weight class. Adding the element of Jiu-Jitsu, Costa began serious training for an MMA career during the summer between his junior and senior years at Taunton High.

Costa was a terrific student-athlete at Taunton High School, where he played football as a freshman, sophomore, and junior. In the spring of 2012, Costa graduated from Taunton High and then headed to Massasoit Community College in Brockton. He earned a degree in political science.

On 13th April 2019, Randy Costa made his UFC debut at UFC 236 - Holliway vs. Poirier against Brandon Davis. He lost the fight via submission in round two. On 18th October 2019, he defeated Boston Salmon at UFC on ESPN 6 - Reyes vs. Weidman. For now, he is expected to face Journey Newson on 19th September 2020 at UFC night.