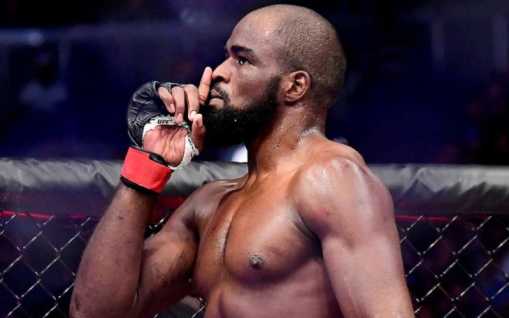 UFC veteran and The Ultimate Fighter 19 winner Corey Anderson has made his move to Bellator MMA recently. While still some fights remaining in the contract, the no. 4 ranked UFC light heavyweight fighter asked UFC to release him, the ESPN reported.

'Overtime' shortly after signed a multi-fight deal with Bellator after UFC released him. His debut in the promotion has not been fixed yet.

Corey Anderson has signed with Bellator.

Anderson, who was not a free agent, recently asked for his release from the promotion and was granted it, according to sources. He still had multiple fights left on his deal, sources say. Shortly thereafter, he signed with Bellator.

"This was a mutual decision between Corey and the UFC. I'd like to thank the UFC and Bellator, everyone involved. This entire process took less than two hours to work through, and we're grateful to both promotions."

Corey made his debut with the UFC in 2014 in the 19th season of "The Ultimate Fighter" reality show. During his 6-year career with the promotion, he has a record of 10-5. |In his most recent fight, he faced a first-round knockout against Jan Blachowicz. Prior to that he was on a 4-fight win streak and would be the next in the line to challenge Jon Jones for the title if he had defeated Jan.