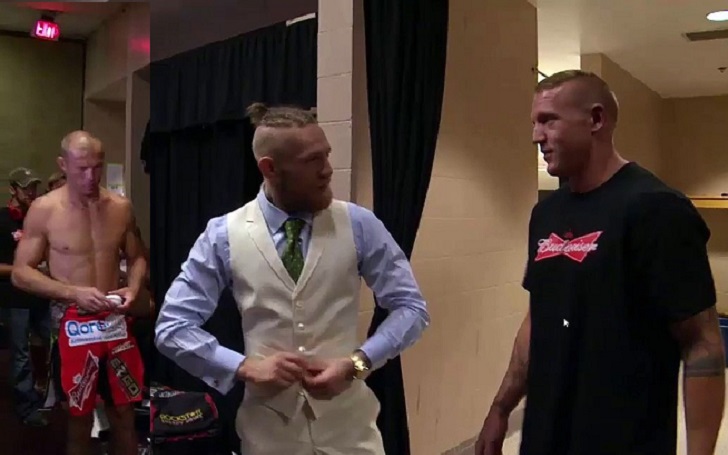 On November 14th, Donald Cerrone Aka Cowboy posted an Instagram image captioned: The Devil will make you sigh, and in its photo detail,  Cerrone writes I Just waiting on him! . “ I know a guy” and gets the Instagram to go bananas but is it the fight to make after Conor's recent loss to Khabib Normagomedov after Cowboy says he's waiting on the Irishman?

Cerrone has now officially broken the record for most wins and most finishes in The UFC following his armbar victory over Mike Perry at UFC Denver and has hinted that he will return to his former division, he openly called Khabib out and now his Instagram post suggests that he will fight the money man Conor McGregor.

The match between two legit strikers like Conor and Cowboy would undoubtedly be appealing and added that Cowboy definitely deserves a money fight as he has been around the corner for a very long time. Many are saying that Conor Vs. Cerrone should have happened earlier on before the infamous Khabib Conor clash at the UFC 229 event.

On the other hand, Conor after his UFC 229's loss to Khabib Nurmagomedov has claimed that he wants to fight The Eagle in a rematch and if the Dagistani LW champion isn't ready to do so, Conor would take the next guy in the row.

So given the fact that Conor fought Eddie Alvarez moving up a weight class, he never had to climb the lightweight ladder, hence a fight with Cowboy would actually prove that Conor is worthy of all the limelight he gets, not that he hasn't proved it but for the sake of fair play. However, Nevada State Athletic Commission's penalties and punishments await both McGregor and Nurmagomedov after what went down in Las Vegas last month.

Chael Sonnen on his MMA podcast Bad Boy Inc tried putting some light over the situation and said, he believes there’s something to a Donald Cerrone-Conor McGregor fight that makes sense. After Donald Cerrone won over Mike Perry in his hometown of Denver and announced that he wants to move down to his former weight class, Sonnen said it would make a perfect sense to him.

Sonnen further said that Cowboy is a huge name in the fight business and if their history is taken into accounts, the UFC can actually sell the fight.

According to the former UFC title contender, there is enough history between Cerrone and McGregor to make an angle that would sell to the fans.