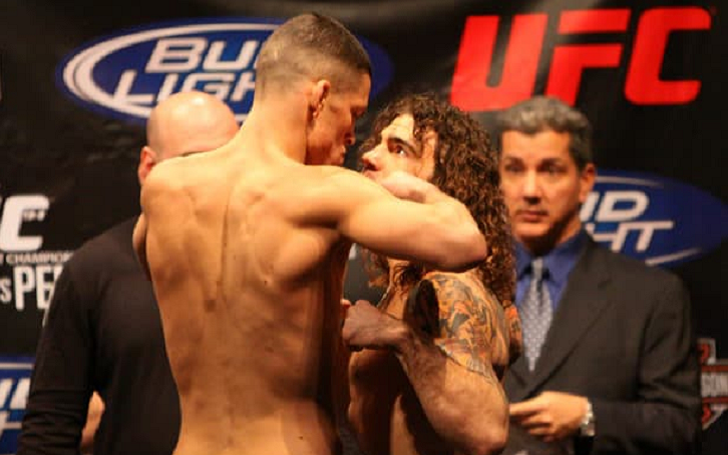 UFC veteran Clay Guida and Nate Diaz got into a fight while watching Combate Americas: Mexico vs. USA in May. Guida was the one to report the case to the police and Nate was alleged of a misdemeanor battery complaint by Clay, but recently before UFC 230 Clay Guida has taken his charges off Nate. Sacramento County Sheriff’s Department's speaker Shaun Hampton forwarded the news to the media.

Guida (34-18 MMA, 14-12 UFC) has declined his charges over Nate Diaz (19-11 MMA, 14-9 UFC) and has ended the case before anything could go worst. None of the fighters have outed any official statement in person but the news was further ascertained by Guida's manager John Fosco.

Also Read: Nate Diaz Going Broke, Diaz Bankruptcy rumors are loud than ever; is he actually going Broke? What is his Net Worth, and current Financial Status?

As per people present in the event, Diaz had reportedly attacked Guida from behind and sent him into a metal guardrail at the event in May where Guida suffered a bloodied lip and filed a police report to an on-scene police officer.

Tyler Diamond who is Guida’s training partner also claimed that Nate slapped when he attempted to get in between and stop the brawl. Reportedly, the fight started after Guida who has shared the cage with Nate talked to Nate in a disrespectful manner demanding a re-match. Guida in UFC 94 fought Diaz and had won the match.

Guida had outed a video prior to the brawl and asked Nate for a Rematch, which might have been the reason for Diaz to act violently.

After the incident with Nate Guida made his return to the Octagon but he lost the bout against Charles Oliveira.

Nate Diaz and Dustin Poirier are fighting each other at UFC 230 on 3rd of November at Madison Square Garden.

Diaz is making a return to the Octagon after two years and has claimed that he wasn't able to fight because of his ongoing lawsuit with his former manager but now that it's all cleared, he is all set to make his UFC return.