Charles Martin is a well-known American professional boxer. He has been fighting in professional matches for more than ten years. Martin won a Gold medal in the 2012 US National PAL championship Super-Heavyweight division. Martin held the  IBF heavyweight title from January to April 2016.

Charles Martin was born on April 24, 1986, in St Louis, Missouri. He rose to fame only after his successful career so, much about his early life and parent is still under the radar. Martin started training for boxing from an early age rather than spending time in formal education. Talking about his physical appearance, Charles stands six feet and five inches tall and weighs 95 kg.

Charles started training from early teens. He finished his amateur career playing sixty-four fights in 2012 and turned professional in October 2012. The following year, Martin made his TV debut on ESPN. In 2013, The fighter played in eleven matches and won ten matches. In April 2014, Charles won his first title of vacant WBO-NABO heavyweight against Alexander Flores via KO. 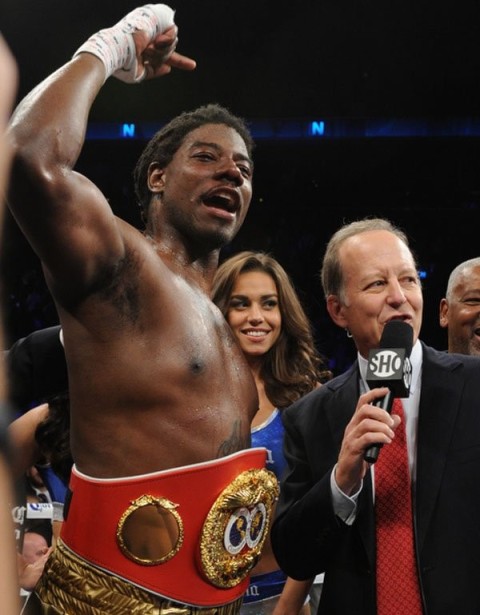 In the next match, Martin defended his match against Rafael Pedro. In the next two years, He had to defend his title several times. In January 2016, Charles won the vacant IBF heavyweight title against Vyacheslav Glazkov via TKO in the third round. In April 2017, The American boxer lost his first professional match and his IBF heavyweight title against Anthony Joshua. In September 2018, He lost his second professional match against Adam Kownacki via unanimous decision.

Charles has played in thirty-one professional matches and lost two matches, winning twenty-eight and a draw. Martin is set to face Luis Ortiz in January 2022.

Charles is the proud father of four children. He is very much private about his personal life. Martin had his first child at a very early age. He has not shared the word about the biological mother of the child. The boxer has three other children from other women. Also, Charles does not show much presence in social media and has successfully kept their personal life away from the media.

Charles Martin has an estimated net worth of more than $5 Million. He credits most of his net worth to his successful career in boxing. Martin started working as a constructor worker from fourteen and moved to the box in his late teens.

Charles took home prize money of $30,000 from his fight against Alexander Flores. His salary increased to $50,000 in the next two matches. Martin took home a salary of $350,000 from his match against $350,000. The American fighter earned $433,000 and 60% as his PPV Split Bonus from the match against Vyacheslav Glazkov. His earning increased to $8.5 Million from the match against Anthony Joshua. Totaling his earnings, it sums to more than $10 Million and is regarded as one of the highest-earning heavyweight boxers.