Adam Kownacki aka "babyface" is a Polish Professional Boxer. He turned professional in the year 2009 and has a career record of 20-1-0 (win-loss-draw). Having the weight of 76 kg, he boxes in the heavyweight division. He is ranked tenth best active heavyweight as of 2020 by The Ring magazine.

Kownacki was born on 27 March 1989 under the star sign Aries. He is a native of Lomza, Poland who moved to Brooklyn, New York in 1996 along with his parents and brothers named Lukasz Kownacki and Pawel Kownacki. He enrolled at the Abraham Lincoln High School in Brooklyn in 2007.

The 6' 3'' tall Adam grew up watching Andrew Golota which made him interested in boxing. He started training at Gleason's Gym at the age of 16 and won his first heavyweight tournament at the New York Golden Gloves, the following year. On 7th March 2020, he challenged Robert Helenius at Barclays Center, New York City, New York, US, for the vacant WBA Gold heavyweight title. However, he lost the bout in round four via TKO.

Adam Kownacki Net Worth In 2021: How Much Does The Pro Boxer Earn?

The professional boxer has earned his wealth from his professional career. Due to his incredible performance, he has been able to accumulate over a million dollars in fight purse. His salary dramatically increased after winning multiple rounds without defeat.

The professional boxer has earned some of the highest fight purses in his recent career. From all the earnings that he has accumulated from his bout, his estimated net worth is $1.25 million. 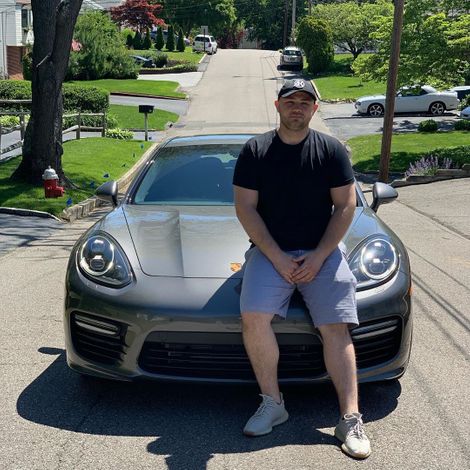 Apart from his income from his professional fights, the heavyweight champ also earned from his sponsorship and endorsement deals that add a certain value to his net worth. His sponsors are BOM BLOCK O’TOOLE & MURPHY, LLP and PAWEL WIERZBICKI. Adam is certainly living life with luxury with his wife and kid from all the earnings that he earned from his fights.

Adam is happily married to Justyna Kownacki. They met at a Polish party at Greenpoint. Adam was the only one who didn't drink which somehow impressed Justyna. After chatting on Facebook, Adam brought Justyna an autograph of Tomasz Adamek, another polish pro boxer. After that, they exchanged numbers and then gradually they started dating. 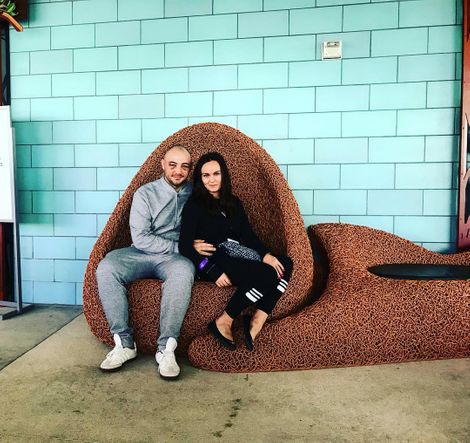 Justyna is from Podwilk in Orava near Babia Gora who came to the United States in 2009. She is currently working as a manager at the Manhattan hotel.

After dating for almost three years, the couple decided to tie the knot on 2012. They are in a happy relationship with each other and have a son together who was born on 26 August 2019. They travel occasionally but like to stay indoors and play with their kid and dogs. They own two dogs, Obie and Honey.

Own Line of Merchandise

The 6' 3'' also has a own line of production of clothing item. They sell different merchandise online through their website akbabyface.com. 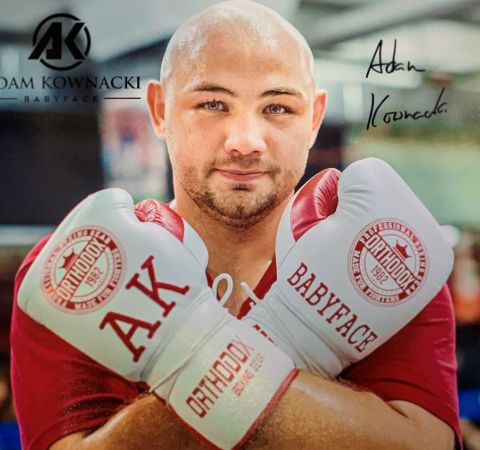 Consumers can access their website to purchase various clothing items such as T-shirt, hoodies, Caps, Boxing gloves and other items which all feature babyface aka Adam Kownacki.