Chael Sonnen on Nate Diaz: ‘What he does is absolutely brilliant’ 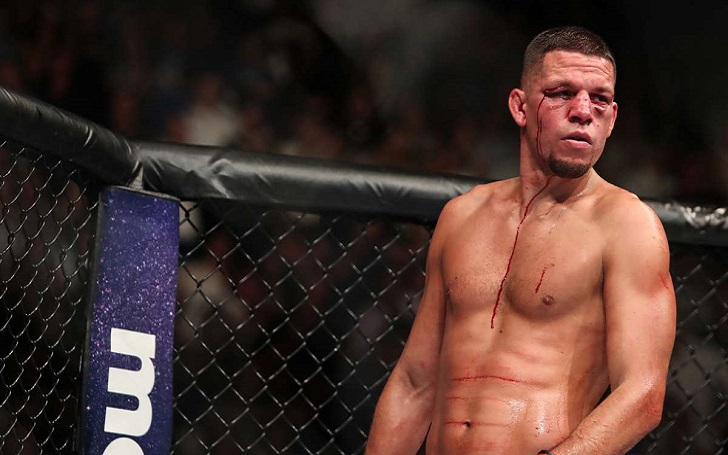 Nate Diaz has been receiving praises from everywhere currently after his UFC return. While the UFC president Dana White labeled Nate as "a needle mover" recently, Chael Sonnen has complimented Nate as an “unintentional genius.”

Diaz was praised hugely on his return win against Anthony Pettis at UFC 241. He also went on to call out Jorge Masvidal after the fight, which made Dana White believe The Ultimate Fighter Season 5 winner is really a “needle mover.”

Talking on a recent edition of his “You’re Welcome” podcast, Sonnen believes there is nothing pre-planned about Diaz, he’s admired for being “real” and “authentic.”

“There’s just something there that people can relate to and it’s special. It’s not overly creative, it’s not manufactured in any way. It’s basic, it’s humble, it’s clean, it’s honest. It’s compelling.”

The fight with Pettis was Diaz’s first since losing to Conor McGregor in their rematch at UFC 202 in August 2016.

Diaz’s future seemed uncertain in his three years away from the cage, but it’s clear the 34-year-old has hit superstardom in the UFC, and Sonnen feels it’s because he is a “real guy” with “real problems.”