Alexander Povetkin is a professional boxer originally from Russia. Besides, he is the champion in the boxing field. The player held the WBA (Regular) heavyweight title from 2011 to 2013. Likewise, as an amateur, he won a gold medal in the super-heavyweight division at the 2004 Olympics.

Apart from that, the professional fighter is currently living with his second wife, Yevgenia Merkulova. Besides, he also has a daughter from his previous marriage. Well, let's know Alexander more closely.

Alexander Povetkin Net Worth and Earnings in 2019

Alexander Povetkin has an estimated net worth of almost $7 million. Likewise, on average he earns about $100,00 per match. Similarly, his annual salary is estimated to be around $1 million.

Although the likes of Floyd Mayweather may earn $500 million for a couple of fights, most pro boxers struggle to make a living from boxing. Professional sports competitors earned a median salary of $51,370 annually in 2017,

Besides, according to the Bureau of Labor Statistics, half of the pro athletes, including pro boxers, earned less than this amount. The lowest-paid 10 percent tier earn less than $19,220 per year.

Alexander Povetkin Professional Life; Know about his Wife and Children

Alexander Povetkin is currently married to his second wife, Yevgenia Merkulova. Besides, the duo was married in July 2013. Likewise, there is not much information about the personal life of the professional fighter. 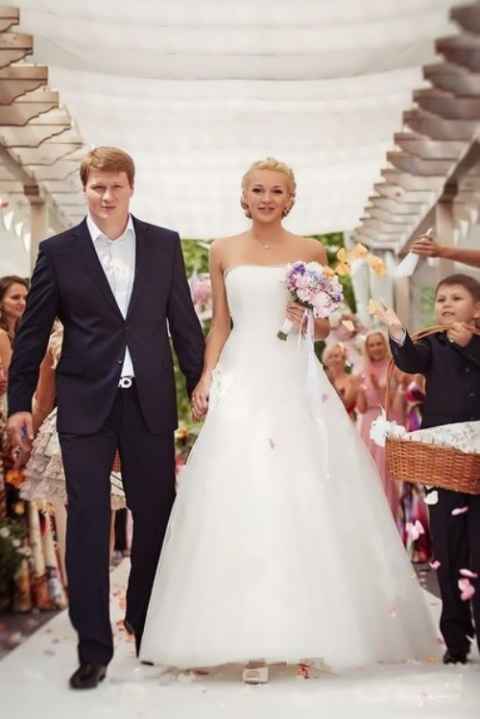 Prior to that, Alexander was married to his high-school sweetheart, Irina. As per his wiki, the duo dated for a while and later got married. Further, the couples were the proud parents of a daughter, Arina. 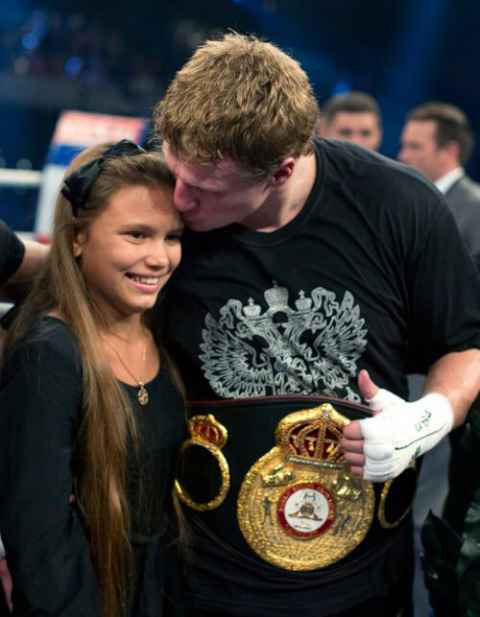 Although the reason for their divorce has not been revealed, some fans claim that Alexander was busy in making his career so he couldn't give time to his wife and daughter. Furthermore, Alexander's na,e hasn't been dragged into any rumors or controversy.

Alexander stands at a perfect height of 1.88 meters (6 feet and 2 inches) tall in height. Besides, he has a well-maintained bulky body that weighs about 105 kg.

Alexander Povetkin was born on 2 September 1979, in Kursk, Russian SFSR, Soviet Union. He was born to his Russian parents as Alexander Vladimirovich"Sasha" Povetkin. Similarly, he grew up in his hometown participating in minor boxing leagues.

Furthermore, Alexander holds Russian nationality. Unfortunately, details regarding his ethnicity are yet to be revealed.

Alexander Povetkin has appeared in 36 fights throughout his career. Among them, he has won 34 matches, 24 by KO. After winning the gold medal in the 2004 Athens Olympic Games, Povetkin took a year off before making the decision to turn pro. After meeting with several fight promoters, Povetkin signed a contract to fight for Sauerland Events.

By the end of December 2018, Povetkin recovered from elbow operations following his loss to Joshua and stated he would start a training camp in January 2019, hoping for a fight in April