Offensive prowess isn't the only thing in football that carries the team to victory. Defensive might is just as important as the offense. And the goalkeepers are the last line of defense of a football team. There have been some fantastic goalies in the past, legendary even, but who are the best goalkeepers in 2022's FIFA World Cup?

Here we gathered the ten names of the goalies we think are vital. Although we listed these great athletes, it isn't in any particular order. It is just a list of players great as a goalkeeper. And without delay, we begin the list with the Spanish goalie! Unai Simon plays for La Liga club Athletic Bilbao. And Simón has played for the football club for four years, appearing in 118 matches. Similarly, Unai joined the Spanish national football team as a teenager, first appearing in the Under 16 tournaments. More recently, though, the Spanish goalie has taken the spot of David de Gea in the squad. As Unai is still very young, his career has only started to grow. 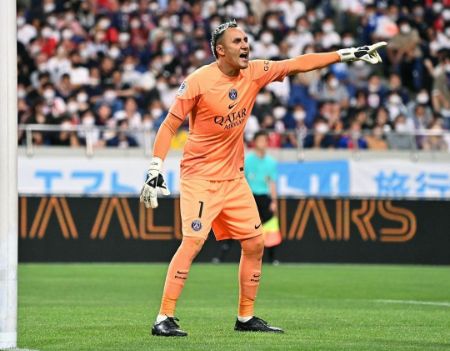 The goalie for Paris Saint-Germain, Keylor Navas, had an impressive run in 2021 and 2022. Yet, this isn't the first time Navas has played for his country, Costa Rica, in FIFA World Cup. In the 2010 World Cup, Keylor earned his spot on Costa Rica's national football team. Navas holds a height of six feet and one inch with a very fast reflex, and combining them, Keylor is one talented goalkeeper! Wojciech Szczesny played as the goalkeeper for Poland in the 2018 FIFA World Cup. SOURCE: [email protected]

Wojciech Szczesny or Wojciech Tomasz Szczęsny played as the goalkeeper for Poland in the 2018 FIFA World Cup. And the Polish goalie currently plays for Juventus Football Club. And Wojciech first appeared as the goalkeeper for Poland in 2007 for Under 20 tournaments. In 2009,  Szczęsny became a part of the Poland national team. However, his time in the spotlight came in 2018's world cup. Sadly, the Polish team would face defeat in the two matches Wojciech started. Rui Patricio is the goalie of Roma and the Portuguese national team. SOURCE: [email protected]

Rui Patricio mainly played for his home country Portuguese football club Sporting CP in his career. However, Patricio currently plays for the Italian football club Roma. Likewise, his professional career started when Rui was a teenager. And he appeared in many Under21 matches representing Portugal. Finally, in 2010, Patricio officially joined the Portuguese national soccer team. And in the 2014 FIFA World Cup, Patricio made his debut but lost to Germany, 0-4. And his recent improvement in his game has shown that Patricio has grown since then. Ederson Moraes significantly boosted his career after joining Manchester City Football Club in 2017. Ederson first came to the international tournaments in 2014. And during his run in the Brazilian under 23 team, he appeared in five matches and scored two goals. Moraes also became part of the Brazilian football team in 2017. And on his debut match as Brazil's national football team, his squad snagged a win over Chile for the 2018 FIFA World Cup Qualifier in October of 2017. 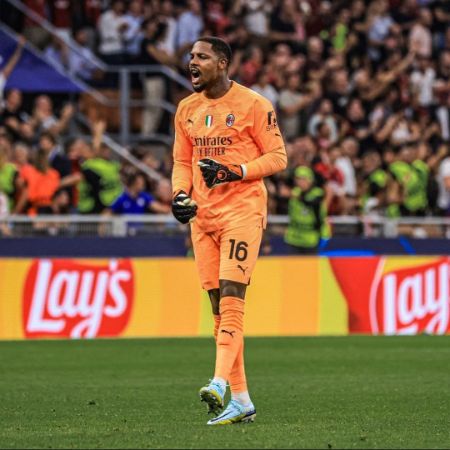 Mike Maignan has been playing football for almost two decades now. Fun fact, Maignan started his professional career in 2003 in the youth division. And by 2010, Mike was already on the national youth team. The talented goalie plays for the AC Milan football club and the French national football team. Likewise, his most significant feat is playing in the Euro 2020. And Mike holds a lot of potential as an athlete. Many football fans are excited to see Maignan in the 2022 FIFA World Cup! 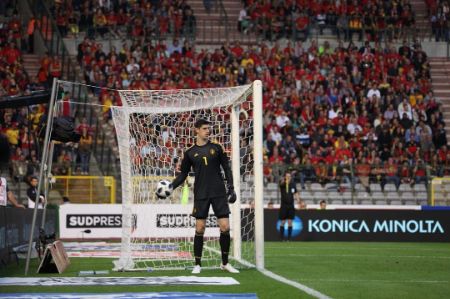 Thibaut Courtois is a hero to all the Belgium football fans. Likewise, Courtois managed to take the Belgium team to the quarter-finals. The Belgium team hadn't reached a significant position in FIFA World Cup since 2002. And on the next FIFA Cup in 2018, Courtois and his teammates lasted till the semi-finals. Thibaut kept two clean sheets against England and Panama. Finally, the Belgium team lost to the champions of 2018's FIFA World Cup, France. And thanks to his performance, Thibaut took home the Golden Glove as the best goalkeeper of the 2018's world cup. Edouard Mendy is the goalkeeper for the Senegal national team. SOURCE: [email protected]_mendy

Edouard Mendy holds dual nationality of French and Senegalese. And as such, Mendy chose to play for the Senegal national team. Likewise, in 2021, Edouard bagged the Best FIFA Goalkeeper Award. Also, Mendy and his team Chelsea Football Club won the 2021 FIFA Club World Cup. And now the question is, will Mendy and Senegal's national football team bag 2022's World Cup too? Becker and his team even made it to the quarter-finals. But Thibaut Courtois and his team beat the Brazilian team. But instead of feeling despair, Brazil's national team worked harder than before, and Becker earned the Best Goalkeeper Award for his performance in the 2019 Copa América. 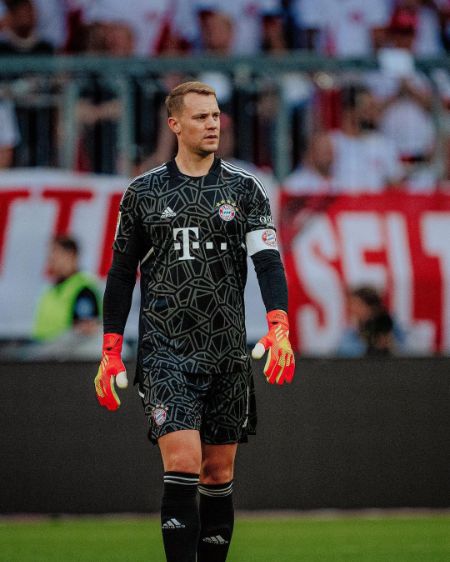 Germany would take the loss as a lesson and bag the 2014's FIFA World Cup. And on July 13th, 2014, Manuel and his team defeated the Argentine team with a score of 1-0. However, the 2018's FIFA World Cup wouldn't go so well for Neuer or Germany. Germany's team would be eliminated in the group stage. But, many soccer fans remain excited to see whether the German squad will make it to the finals.