Alisson Ramses Becker, a.k.a. Alisson Becker, is a Brazillian professional footballer who plays a goalkeeper for English Premier League club Liverpool and his national side Brazil.

How Much Is Alisson Becker's Net Worth In 2022? Know His Salary & Market Value

His current market value is €80 million, which is recorded as his highest market value ever in his career. The maximum of his net worth is built through his professional football career.

Allison Becker is a married man. He got married to his longtime girlfriend Natalia Loewe on June 22, 2015, finally after three years of their relationship.

Alisson started dating his wife Natalia Loewe in his teenage while in high school. 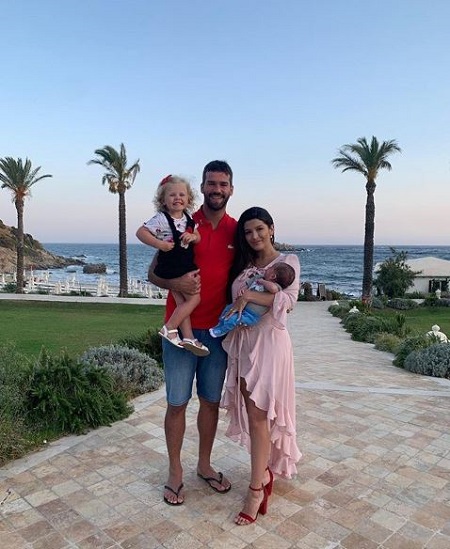 The couple lives a blissful life together without any rumors of disputes or divorce.

Alisson Becker was born on October 2, 1992, in Novo Hamburgo, Brazil, and his star sign is Tauras. He was born to his mother, Magali Lino de Souza Becker and his father, Jose Agostinho Becker, and he has a brother named Muriel Gustavo Becker.

His brother, too, plays as a goalkeeper for the Brazillian professional club Belenenses. He holds a Brazillian nationality.

His first season at the club ended up with six appearances. He started the 2014 season as the 1st choice keeper for the club as a replacement for the Brazillian great keeper Dida. He played 44 games for the club, staying for three years with the club. 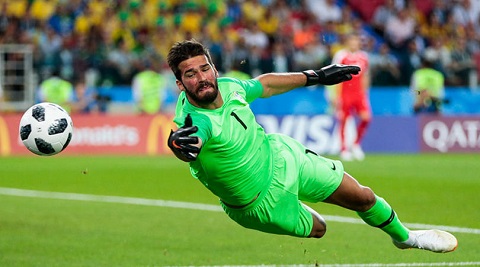 Allison later moved to an Italian club A.S Roma on 4 February 2016, signing a five-year deal for a fee of $8.3 million. He has played over six games for the club and is still with the club.

Alisson Becker has experienced representing his national side at junior and senior levels. He was called up to the national squad by manager Dunga for the first two matches of the 2018 World Cup qualification campaign against Chile and Venezuela.

He later made his professional debut for his national side on 13 October 2018 in a World Cup qualification match in a 3–1 win at the Castelao. He has been included in Brazil's national squad for the World Cup 2018 and Douglas Costa and Renato Augusto.
Read more interesting facts, net worth and love affairs of other athletes at Playerswiki