Christopher Clive Froome a.k.a. Chris Froome is a British road racing cyclist who rides for the UCI WorldTea, Team Ineos along with side Egan Bernal and Geraint Thomas. Previously, he competed for the team Team Konica Minolta (2007) and Barloworld (2008-2009).

In addition to his cash as prize money, Froome has also racked up lucrative endorsements from the companies who sponsor his professional team, including from Turbine.

Froome met his future wife, Michelle Cound through South African cyclist Daryl Impey in 2009. Michelle is a sports photographer and cycling enthusiast - who born in the Welsh town of Neath. 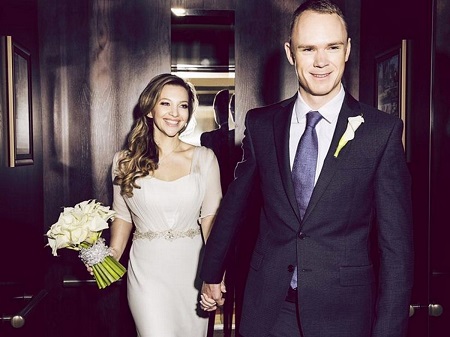 After dating for some time, the couple relocated to Monaco, in the South of France, together in 2011 - and got engaged later two years, while on vacation in Italy. Further, the couple tied the knot in South Africa in November 2014. At the wedding, Chris gushed at the time that he was the "luckiest man in the world". 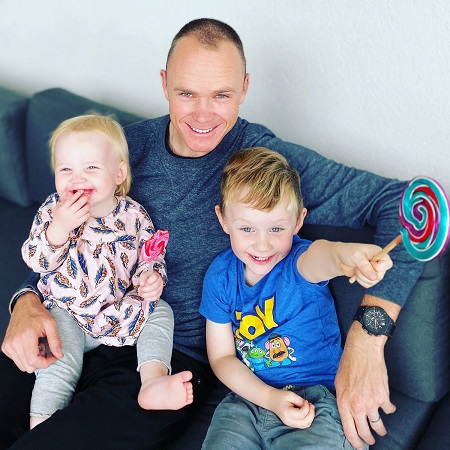 In December 2015, the couple had their first child, a son called Kellan. They also share a daughter called Katie.

Froome is the youngest of three sons born to English father Clive, a former field hockey player who represented England at under-19 level and mother Jane. His two elder brothers: Jonathan and Jeremy, went to Rugby School in Warwickshire, England.

Froome, after finishing primary school at the Banda School in Nairobi moved to South Africa as a 14-year-old to enroll at St. Andrew's School and St John's College. Then he studied economics for two years at the University of Johannesburg.

In South Africa Froome started to participate in road cycling. Being unaware of the Tour de France, he failed to see the significance. It was not until he was 22 that he turned professional.