2020 Latvian League champion, Arturs Kurucs currently plays for the Latvian VEF Riga of the Latvian LEBL, on loan from Saski Baskonia. A professional since 2015, the young talent previously played for Fundacion 5+11. For now, he made himself eligible for the 2020 NBA Draft.

Born on January 19, 2000, under the Capricorn, Kurucs' home town is Cesis, Latvia. The twenty-years-old holds a Latvian citizenship card. Arturs is the brother of Brooklyn Nets forward, Rodions Kurucs.

2020 NBA Draft Prospect: How Much Is Kurucs Earning From LEBL?

Almost five years in professional basketball has helped Kurucs to earn a decent sum of money. As of 2020, his net worth is approximately $0.3 million.

Kurucs is just 20 years old, hence, he is an excellent candidate to withdraw from this year's draft and re-enter in the next season as an early entry candidate. Early Entry candidates have until June 25, 2020, to remove from the selection. All draft deadlines are subject to change due to the Covid-19. 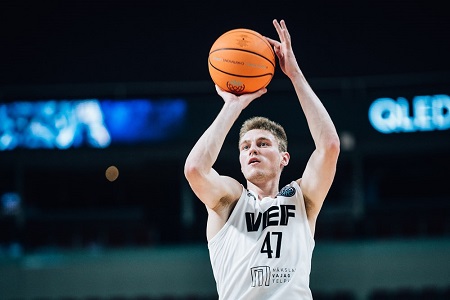 A shooting guard standing at 6'3″, the 20-year-old Kurucs had a productive run with Riga before the season hiatus. The Latvian player averaged 10.6 points, 3.2 rebounds, and 1.6 assists in 30.4 minutes over 14 games in the Basketball Champions League.

Now talking about the projected contract/salary of the 2nd round draftee, it is three years contract worth $4,198,912, earning annually $1,399,637, which is much higher compared to what he is receiving now.

No. 47 – VEF Riga's shooting guard, Artus Kurus, is currently in a relationship with his longtime girlfriend, Izaskun, an engineer in industrial design and product development. Though there is no exact information when the two started dating, they seem to be together before 2016. 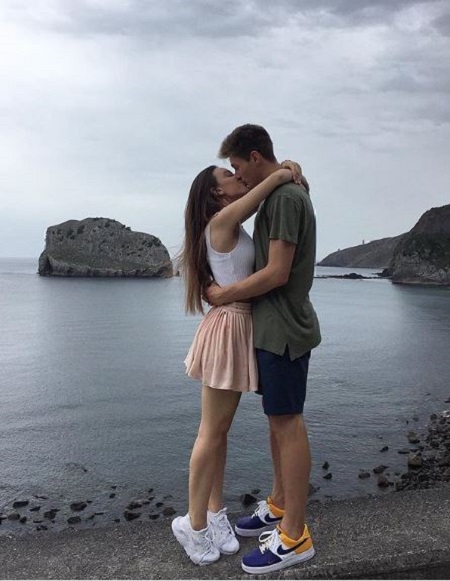 What's more, the basketball player has shared numerous pictures with his bar on his official Instagram. On the contrary, his girlfriend seems to be a low key person who has set her social private.

Arturs grew up in Latvia with his elder brother, Rodions Kurucs playing basketball. In fact, their grandfather guided them to the game. Their grandfather, Vladimirs Kiselovs, is a basketball lifer and venerated coach in Latvia. 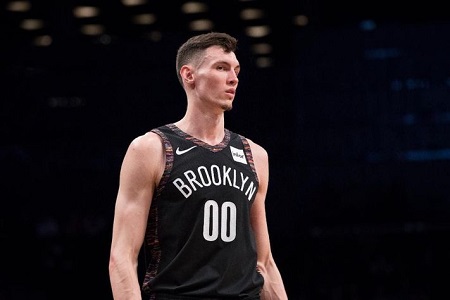 Brother Rodions is two years older than him, who was born on February 5, 1998, in Cesis, Latvia. Before being draft in the 2018 NBA Draft, he played for VEF Riga and Barcelona. Currently, he plays for the Brooklyn Nets of the NBA, which picked him in 2nd round with 40th overall.