Serbian-born-Greek professional basketball player, Aleksej Pokusevsli currently plays for the Olympiacos Piraeus of the EuroLeague, as well as the club's reserve team (Olympiacos B).

Born on 26th December 2001, Pokusevski has declared for the 2020 NBA Draft. Considered a positionless player who can operate from multiple spots, Pokusevski is projected to be a late first-round pick by Bleacher Report’s latest mock draft. The eighteen-years old holds dual nationality: Serbian-Greek.

Net Worth As Of 2020: How Much Will Pokusevski Earn If Goes Draft In Upcoming Draft?

Of course, Europe can't offer a tremendous salary as NBA but still is the top alternative for many players out there. Pokusevski, playing for the Euro League side, Olympiacos Piraeus is assumed to have an annual salary between $60,000 to $100,000.

Additionally, he earned a decent sum playing for the various youth system at the Serbian national team, representing U-17 and U-18 team at FIBA World Cup and European Championship. 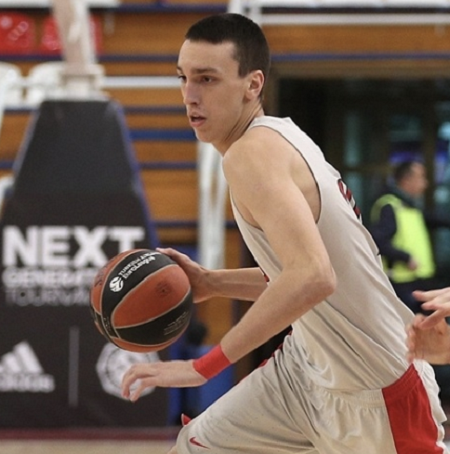 After a productive season in the Greek second division with Olympiacos, averaging 10.8 points, 7.9 rebounds, 3.1 assists, and 1.8 blocks in 23 minutes per game, Pokusevski has submitted paperwork to the league office to make himself eligible for the 2020 NBA draft. Further, he is listed 31st in the 2020 NBA Draft Prospect Rankings, behind Killian Hayes and Theo Maledon.

As of 2020, Pokusevski's net worth is approximately $0.2 Million. Now the question is what will be his future pay if the hunk goes select in the 2020 NBA draft. No doubt, the salary will be in millions. The 2019 31st NBA draft pick, Nicolas Claxton signed 3 year / $4,198,912 contract. Hence, Pokusevski will have the same if he gets selected.

No. 20 – Olympiacos power forward, Aleksej Pokusevski is a private person when it comes to his personal life. As a NBA prospect, the hunk is much focused on his career rather than looking for any relationships. It seems like, he is possibly single. 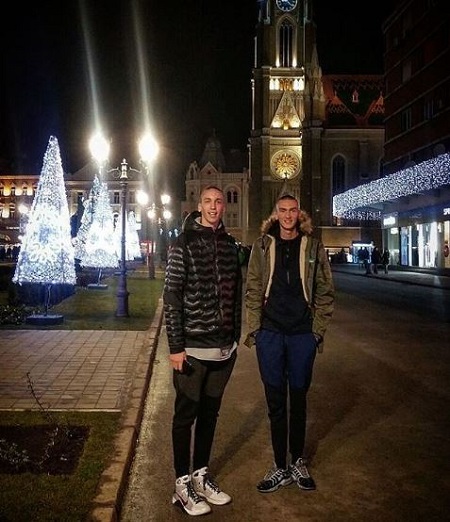 Active on Instagram with 6,995, Pokusevski, post on the page are mostly from his basketball career some with his friends and rest are from vacations.

Pokusevski's family is originally from Priština, Kosovo. Due to the 1999 Kosovo War, his family escaped to Podgorica (now known as Montenegro) and relocated to Belgrade afterward, where Pokusevski was born in 2001. Thereafter, Pokusevski and his family permanently moved to Novi Sad and settled there.