Deni Avdija is an Israeli-Serbian basketball Small forward / Power forward who plays for the Maccabi Tel Aviv of the Israeli Basketball Premier League and the EuroLeague. Also, he is a member of the Israeli Senior national team and has won the MVP at the 2019 FIBA u20 European Championship.

Deni Zera, Israel native, Deni Abdija, was born on 3rd January 2001, under the star sign Capricorn. The nineteen years old holds dual citizenship to Israel and Serbia, the latter because his father is a Serbian citizen.

How Much Is Deni Avdija Projected to Earn after NBA Draft? 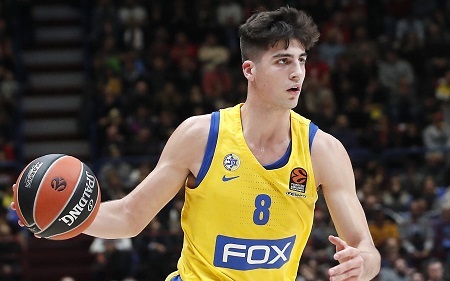 As of 2020, Avdija's net worth in under a review. But the hunk is soon to be a millionaire.

The answer is No. Deni Avdija, 19, is currently dating his girlfriend, who in the military. A matter of fact, the basketball player has reveled only two things about his love life that he has a girlfriend and she is a army. Besides, he has maintained a low key personal life. 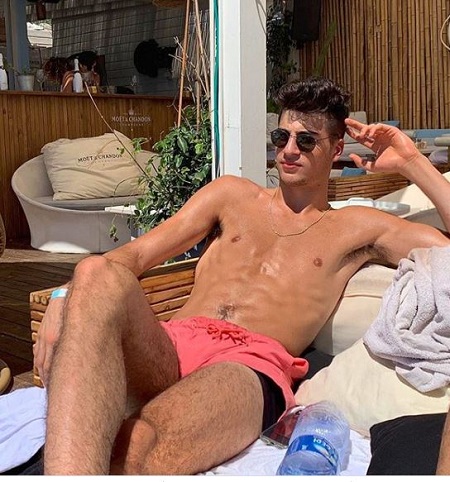 Rather than flaunting his personal life in public, Deni is much serious in his basketball player. When asked how complicated chasing the NBA dream can be, Deni said, "I missed a lot of things, There were movies he could see, parties he could have attended, girls he could have dated ("Before I had a girlfriend," he clarifies." Further, he added, "If you want to be a great player, you have to put in the work."

From A Sports Family

Deni's father, Zufer Avdija hails from Pristina, FPR Yugoslavia (now in Kosovo), who is a Serbian citizen of Gorani-Muslim heritage. Zufer, a former basketball player spent 11 years with Crvena Zvezda and was the team's captain in the 1980s, prior to moving to the Israeli Premier League in the 1990s.

His mother, Sharon Artzi, on the other hand, is Jewish-Israeli, was a track and field athlete as well as a basketball player.