Rodions Kurucs is a basketball player who currently plays for the Brooklyn Nets of National Basketball Association at the small forward position. He was picked with 40th overall pick in the 2018 NBA draft by the Nets.

The 21 years NBA player, Rodion Kurucs is active in his career since 2012 and is going successfully with it. He is supposed to earn more than $1.69 million as his salary in 2018-19 from his current club. To know in detail about his personal and professional life, scroll down.

Rodions Kurucs Net Worth and Salary

As of 2019, NBA player Rodion Kurucs has an estimated net worth over $0.5 million.

He started earning at the age of 16 when he first played for Latvian club VEF in 1014. 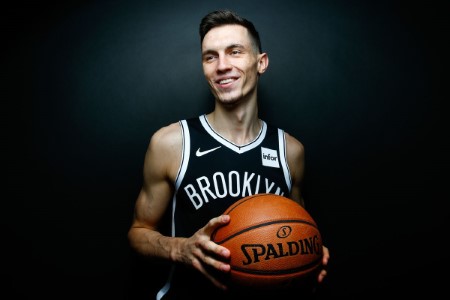 Since the player has started to earn from a young age he has a good net worth.

Rodions Kurucs is just at his early twenties and doesn't seem to be involved in any kind of romantic relationship. Currently, he is busy in his career rather than dating any girlfriend.

Rodions Kurucs was born on February 5, 1998, in Cesis, Latvia. He has a two younger brother, Arturs Kurucs who is also involved in a basketball career while the name of his other sibling is still missing. Kurucs is of Latvian nationality while his ethnicity is white.

As of 2018, Rodions Kurucs is 20 years old. Besides, there is no information regarding his early life, family, and education.

Rodions Kurucs is a professional basketball player born on 5th February 1998. He played basketball from a very young age of 5. The player is currently, drafted to Brooklyn Nets of the National Basketball Association (NBA) as a small forwarder.

Before play for NBA this player used to play for the club's youth academy, VEF Riga Skola, in Latvia's second men's division (LBL2). 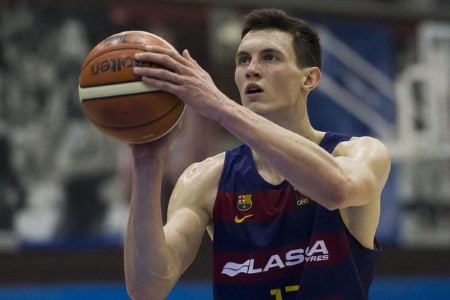 After this, he signed a multi-year contract with the Latvian club VEF and in Europe's 2nd-tier level league, the EuroCup. He played at the Adidas Next Generation Tournament in Riga and this was a  turning point for this young player's career.

Moving on to his career he has quite a good reputation in the game and he is still continuing his journey with each score.