Leandro Nicolas Bolmaro is an Argentine-Italian Professional Basketball Player who plays for the FC Barcelona Lassa. He is one of the few international players who has declared for the 2020 NBA draft and is considered one of the best in the international prospect. He is often compared with Manu Ginobili who retired in 2018 playing for the San Antonio Spurs.

Nicolas was born on 11 September 2000 under the star sign Virgo. He was born and raised in Las Varillas, Argentina.

The 19-year-old spent the last two seasons at one of the top-tier teams in Barcelona. Starting his career at Estudiantes de Bahía Blanca of the Liga Nacional de Basquet which is one of the top basketball league in Argentina. After a season with Blanca, he was signed by FC Barcelona where he split the time between the B-team and the A-team competing in the highest level Spanish league. As a part of a top team in the Spanish league, he would earn a decent salary in the FC Barcelona. 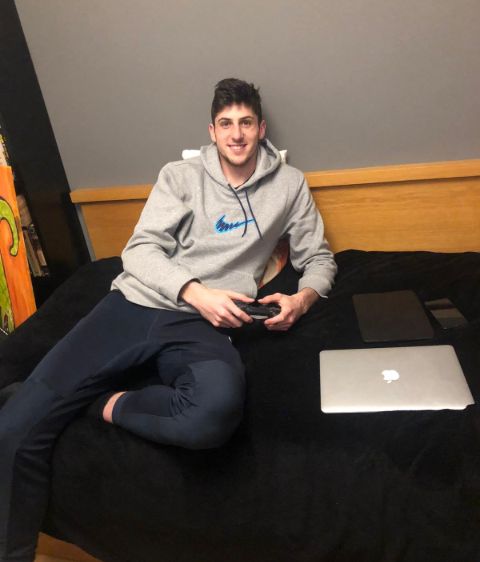 However, the NBA is considered as the major league which provides its players with a contract worth far greater value than any other league. Bolmaro is considered to be drafted as the late pick of the first round or standing pick in the second round. As predicted, if he is drafted in accordance with the scouts, his projected salary will range between $1,754,600 to as low as $750,000 annually.

Apart from his salary, players do tend to make a lot of money through Sponsorship and endorsement deals. As of 2020, his estimated net worth is $150,000.

Being among the few of the International players such as Deni Avdija, Killian Hayes, and Theo Maledon in the 2020 NBA draft, Bolmaro has been listed as the Celtics’ best fit at the No. 17 pick according to ESPN’s Jonathan Givony and Mike Schmitz.

The Barcelona player is fairly private about his personal matter and has not disclosed any information about his private matter. The Argentinian player is secretive about his love affairs and relationships.

Furthermore, there is not any news regarding his relationship in any media and his Instagram account is also set on private so as to leak as low information to the public as possible.

The No. 31 for the FC Barcelona started playing in the pro league at the age of 16. He is a highly capable athlete with a high motor who has the potential to become a three-pointer specialist and has good defensive features as well.

As for the attack, he is relentless on the while attacking the rim. As a possible future candidate for the Celtics, Chris Grenham stated,

“Bolmaro’s defensive upside would be well-utilized by Stevens as well. His size, good footwork, feel for the game, and energy would allow him to make an impact on defense almost immediately. The Celtics would have the luxury of taking their time with his development, something that could really benefit Bolmaro’s NBA longevity.”

The 91 Kg started his career with local club Almafuerte de Las Varillas and was signed with Estudiantes de Bahía Blanca on 16th July 2017 when he was 16 years old. During his first professional season, he averaged 7.1 minutes per game and made 25 appearances at the Liga Nacional de Basquet.

Playing a season for Estudiantes de Bahía Blanca in Argentina, he then moved Spanish league and joined FC Barcelona where he averaged 10.4 points, 3.1 rebounds, and 2.7 assists per game in the B league. 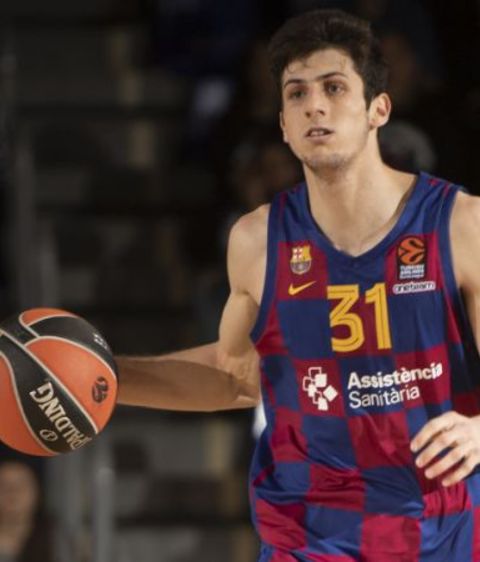 In his second season, he split the time between the reserve team and the senior team competing in the Liga ACB, the highest level Spanish league, and the EuroLeague.

Similarly, he has also represented his country in the FIBA South America Under-17 Championship in Lima, Peru where he led the team in third place winning Silver medal where he averaged 13.8 points per game. He was the lead scorer at the 2019 FIBA Under-19 World Cup averaging 10.8 points per game in Heraklion, Greece.