French professional basketball player for ASVEL of the LNB Pro A, Theo Maledon is one of the best international 2020 NBA draft prospects. Also a full French international, he debuted for the senior team at 2019 Wolrd Cup qualifiers and has won a gold medal at the 2016 U-16 European Championship.

How Much Is Theo Maledon Projected to Earn?

Currently, Theo is under a three years contract with ASVEL inked in 2018. There his salary is reported to be $0.5 million per annum. Further, his other income source salary from the France national team.

What's more, Maledon has submitted paperwork to the league office to make himself eligible for the 2020 NBA Draft. He wrote in an email to ESPN, "I am excited to announce that I am declaring for the 2020 NBA draft." In the ESPN Top 100, he the No. 15 prospects who play in the Euro League alongside Deni Avdija and Killian Hayes. 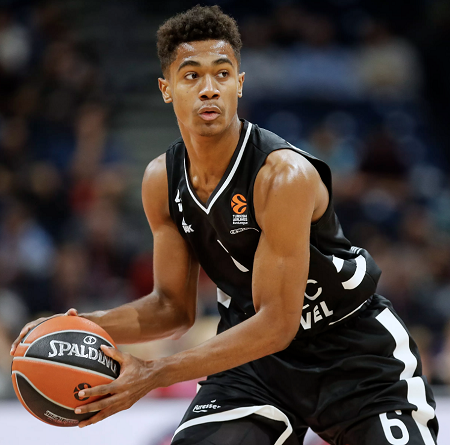 Projected to be a lottery pick in the draft SOURCE: The Stepien

As per Suspect, if Maledon goes draft at the 2020 NBA draft with 15th pick, he will summon $2.7 million in the first year and $2.8 million and $3 million in the 2nd and 3rd year respectively.

As of 2020, Maledon's net worth is an estimated six-digit figure but he is soon to millionaire.

Théo Maledon, 18, is a low key person who has set his personal account far from public attention. The young talent seems to be much focused on a career rather than involving in a romantic relationship yet. As the 2020 NBA draft coming near, he is fully concerned on the draft. 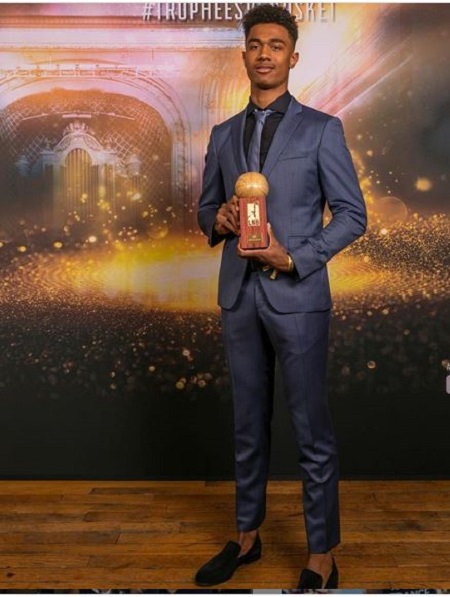 For now, Theo Maledon is believed to be single. Active on Instagram with 18.6k followers, his post on the account is mostly related to his basketball.

Theo's father, Claude is a former basketball player who played in the NM1, and his mother, Sylvie played for the French junior national team. Moreover, his uncle, Dominique Gueret was an assistant basketball coach for the LNB Pro B side AlM Evreux. Currently, his sister, Lena plays for college basketball in the United States.

coming from a family who has a basketball background, Thoe had an interest in basketball since his childhood. At the age of 14, Maledon joined a sports institute, INSEP, in Paris in 2015.