Anssumane Fati Vieira, commonly known as Ansu Fati, is a Spanish football player who currently plays as a winger for Barcelona's Spanish club. He played for the youth teams of Herrera, Sevilla, and Barcelona and made his senior debut with the La Liga Champions in 2019.

Ansu Fati is considered the future star of mighty Barcelona, and his club is sure that he will play great on the pitch. Still, Barcelona already has many talented and skillful players, which makes them a perfect squad, and till now, it is not fixed which player will sit on the bench for the teenage players.

The Spanish U-21 was born on October 31, 2002, in Guinea-Bissau. He is the son of Bori Fati, and his mother's name is Lourdes Fati. He belongs to a low-income family, but his family's economic problems did not stop him from touching the sky of success.

At 19, Ansu Fati has already earned millions of dollars. Barcelona recently reported that they are ready to pay the sensational amount of £6210,000 on bonuses for committing Ansu Fati as the future of Barcelona for the next five years. This happened only a week after he signed a three-year deal in July with the club, with a release clause of €100 million.

In December, the young star signed a contract extension with the Spanish team and will remain in Camp Nou until 2022. His buyout clause was increased from €100 million to €170 million and would further rise to €400 million once he signs a permanent contract with Barcelona. 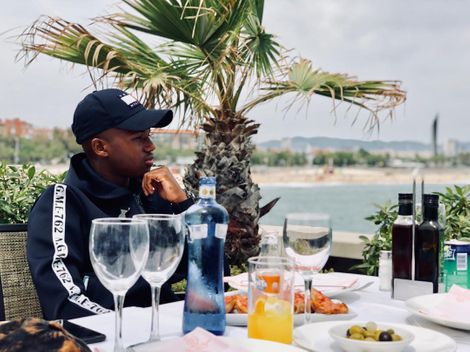 Earlier, Young player Ansu Fati demanded a salary of €1m-per-year before signing his new contract with Barcelona to extend his contract for three years. It is believed that the two sides have agreed, and Fati might be getting his €1 million as salary.

Ansu Fati had difficulty with his shoes during his debut game with the Barcelona senior team. Still, after that, Nike has made Ansu Fati a brand ambassador of their new product, which is the Nike Mercurial Superfly VII Elite and similar series of the boot has also been promoted by several superstars of the football world like Cristiano Ronaldo, Neymar Jr, Vinicius Jr.

The amount received by Fati by being Nike Ambassador is not revealed yet, but we are sure that Nike has made a contract of more than $1 million per year. 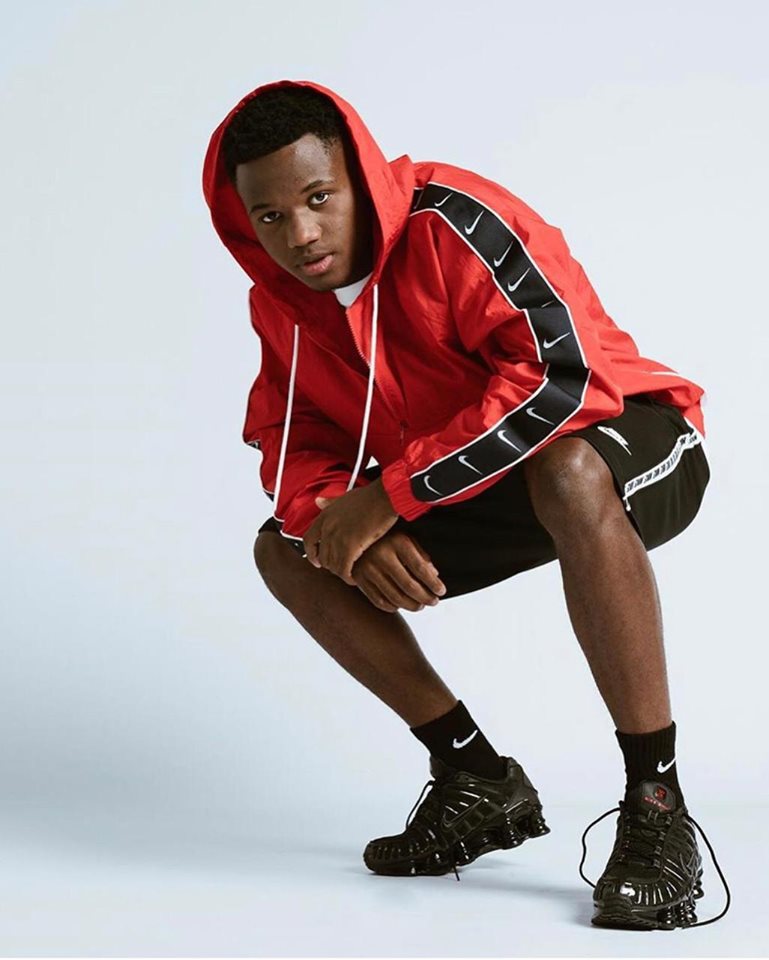 Ansu Fati is also promoting sneakers of the Nike brand, which is Nike’s iconic Shox TL sneaker. Barcelona's new and young king Ansu Fati has been dripped in head-to-toe Nike for his first-ever magazine editorial.

Ansu Fati is single, and he has no record of any girlfriend previously. He is a decent boy, and it seems that young Ansu Fati wants to engage all his energy into the field, and as Barcelona has enormous hope for him so, he might be focusing on his game rather than living in Fancy life.

His passion for football emerges by seeing his father playing football. His father is a Former football player, and he knows how to keep his son out of all distractions. Ansu Fati has seen his Father playing Football while he was so small, and obviously, he got his inspiration from his father.

Ansu Fati becomes the youngest ever Barça player to feature in the Champions League. Fati beat ex-Barca goalkeeper Jasper Cillessen with a bright finish to become the Nou Camp's youngster goalscorer. The 16-year-old Fati made his Barcelona debut this season only and has already scored two goals in just three La Liga appearances for the Catalan giants, netting against Valencia and Osasuna.

Ansu Fati has made his fortune with his hard work and passion for football, but his luck is also supporting him because he made it to the Senior Squad of Barcelona due to the injury of Lionel Messi.

He started his career by representing Herrera and the youth teams of Sevilla. At the age of 10, he joined Barcelona's La Masia in 2012. And his breakthrough was on September 14, 2019, he signed his first professional contract with Barcelona, agreeing to a deal until 2022.

He is a young player, and it seems that Fati could replace the absence of Neymar because following Fatis's recent record, Fati has become the youngest player in the history of La Liga to score and assist in the exact match at the age of 16 Fati scored in the 2nd minute and assisted Frenkie De Jong's goal in the 7th minute of an eventual 5–2 home win against Valencia.

Recently, he made his first El Clasico appearance on December 18 and became the youngest player since 1941 to play against Real Madrid.

Did Barcelona Expect More From their Young Player?

With considerable money, Barcelona almost broke their previous records to get the 16-year-old player. No doubt his recent performance in Laliga and his goals successfully own Barcelona's fan trust but Is he capable enough to get head to head with Barcelona superstar players?

Recently, Real Madrid has also broken their record to acquire two new teenagers, Rodrygo and Vinicius Jr. Similarly, Barcelona has also poured tremendous money into getting Ansu Fati. Still, will he continue to play as expected from his club and fans, or will Barcelona go to lose this gamble?  Time will unbox the future of Barcelona and Ansu Fati, and it will be fascinating to see what will happen in the coming days.

Born in Guinean, his father is an ex-footballer known as Bori Fati, from Guinean-Bissau. While Ansu Fati was six years old, they immigrated to Seville. His mother's name is Lourdes Fati, and the family's financial situation was fragile while he was small. The problem was so worse that the Fati family struggled for two times a meal. 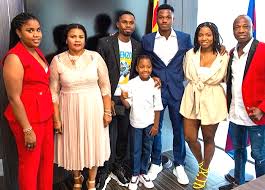 Though His father failed to shine in the football world, he was sure his son would fulfill his dreams, and it did not take much time because, at the age of 19, he has earned respect, and he is now the future superstar of Barcelona.

Born in Guinean and belonging to Guinean-Bissau descent, Fati is currently committed to Spain. His religious belief has been a significant discussion among his fans. Ansu was born in Guinean, where the prominent religion people follow is Islam, but most sources have claimed Ansu to be Christian, which is still not proven.