Messi and Barcelona to Discuss about Contract Extension 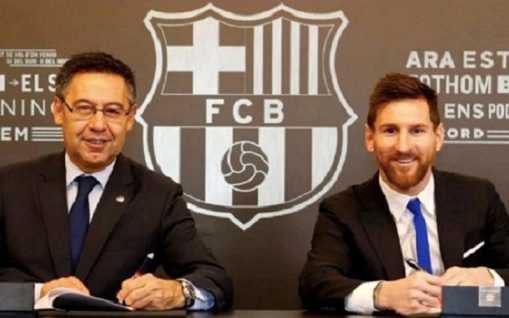 Sport recently reported that Barcelona is planning to arrange a contract negotiations with Lionel Messi as the current contract runs until 2021. If the two parties do not come to a new agreement, the six-time Balon d'Or winner will discuss for the transfer with other clubs at the start of the January transfer window in 2021.

Barcelona president Josep Maria Bartomeu revealed that he will meet Messi's father next week and discuss contract renewal. Earlier, Messi could have left Barcelona for free but the May 30 deadline has now passed without being utilized.

The coronavirus pandemic has altered the negotiation approach as initially, Barca will now contact Leo to discuss the general framework of his new contract with more concrete negotiations to be held later. The pandemic has caused salary cuts across the whole team thus the club needs to wait until their financial situation improves in order to make a proper offer.

The news of Messi's contract discusses came right after Ronaldo became the first footballer to earn billion dollars from his footballing career.