Anfernee Simons is an American professional basketball player who plays in the National Basketball Association (NBA). Anfernee Tyrik Simons is signed to the Portland Trail Blazers as their Shooting Guard. During the 2021 NBA All-Star Game, he won the Slam Dunk Contest by a 3-2 judge's decision.

Playing as a Shooting Guard, Anfernee Tyrik Simons $3,938,818 this season as his salary from Portland Trail Blazers. Further, Simons has an estimated net worth of over $5 million. Currently, Simons is in a romantic relationship with Bre Hudson.

Anfernee Simons Net Worth and Salary

Anfernee Simons has an estimated net worth of over $5 million in 2022.

Anfernee Tyrik Simons so far has made good earnings from his entire NBA career. His estimated 4 years of NBA earning is reported $10,041,591.

Who is Anfernee Simons' Girlfriend?

Earlier, Anfernee was rumored to be in a romantic relationship with Grace Fisher. 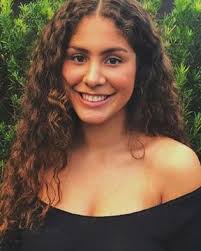 After the media caught the NBA player with Bre Hudson, it is clear Grace and Anfernee have already broken up. 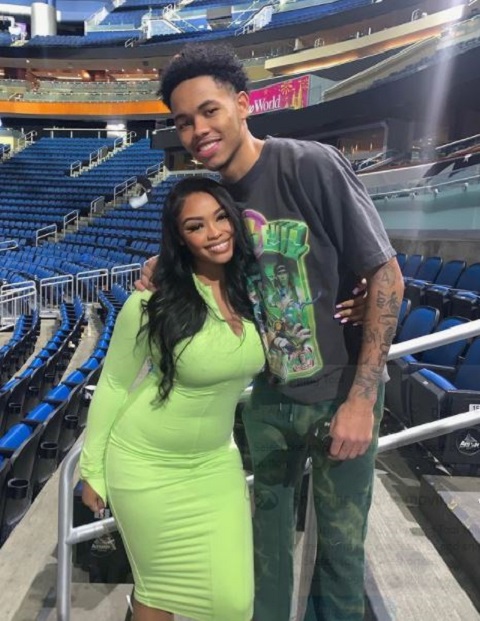 The Famous NBA star is 6 feet 4 inches tall in height and weighs around 83 kg lbs. Anfernee Tyrik Simons is not only a world-class athlete but also a very attractive individual

Other than being a famous NBA Shooting Guard, Anfernee Tyrik Simons is pretty famous in social media with a huge number of followers. Moreover, he has 190 k on Instagram and 31.5 k followers on his Twitter account as of Feburary 2022 and also thousand of likes in all of his posts.

Anfernee Tyrik Simons was born on June 8, 1999, in Altamonte Springs, Florida to parents Charles Simons and Tameka Simons. As per his nationality, he is American and belongs to a Mixed ethnic group. Further, his star sign is Gemini.

Anfernee Tyrik Simons attended Edgewater High School in Orlando, Florida where he played for his high school basketball team. Simons, in his high school career, held an average of 17.8 points and 2.4 rebounds.

During his junior year, Simons moved to the Montverde Academy in Montverde but returned to Edgewater after being a bench player with the intention of keeping his name for a year from college consideration.

Anfernee graduated from Edgewater in 2017 averaging of 23.8 points, 7.2 rebounds, 4.2 assists, 1.8 steals, and 0.5 blocks per game in his last year's 20 games. Later he attended the IMG Academy in Bradenton for a postgraduate because of his reclassification in the 2018 class, although he is interested in spending a year at the West Oaks Academy in Orlando.

Anfernee was rated as a five-star recruit and ranked 247Sports.com as the 7th best player in the 2018 class. He originally planned to enter the University of Louisville, but as a result of the 2015 university basketball sex scandal and its involvement in the 2017–18 NCAA Division I men's basketball corruption scandal, he finally left Louisville.

On 20 March 2018, ESPN ranked him as the 19th most likely draft pick. Later on, Simons was named one of the 69 players invited to this year's NBA Draft Combine.

In the 2018 NBA draft, Anfernee was selected 24th overall by the Portland Trail Blazers. He was the third high school player to be drawn up in the NBA after Thon Maker and Satnam Singh Bhamara since 2015.

The Trail Blazers announced on 2 July 2018 that they have signed with Simons. Some of his teammates from the Portland Trail Blazers are Zach Collins, Andrew Nicholson, Meyer Leonard.