Alexander "The Mauler" Gustafsson strongly feels like he is entitled to Fight Jon Bones Jones who is recently out of USADA's doping troubles. If the fight happens for the second time, it will still be a huge re-match as the first one was a close win for Bones. Though Bones isn't in any hurry to get back into the octagon but is trying to get back in shape first, Gustafsson is trying many memes to provoke Jon Jones to take the upcoming fight which is at the table.

Series of trolls and Memes have been passed by Gus, just to get into Bones' head and to see him inside the Octagon sooner than later.  Jon "Bones" Jones  Vs. Alexander Gustafsson II   was reportedly in talks for #UFC232 on December 29th, which will give both the fighters a plenty of time to train, get back to their highest form and then show up, but Gus seems to be in a hyperactive mode and feels as if he is entitled to this one.

So, let's take a look at some of the funny posts from Alexander's twitter and Instagram which will make you roll on the floor laughing.

Here is a top pick, from Playerswiki, taken from Gustafsson's twitter, where he accuses JBJ of Chickening out:

@jonnybones, you are pissing me off! I signed my agreement. Where are you?? Are you chickening out again?? Stop being a coward! #chicken #signthecontract #scared @ Allstars Training Center https://t.co/8TfFPjRVNc

Gus again took on his instagram and posted a funny Jon Jones meme which read:

@jonnybones, you are pissing me off! I signed my agreement. Where are you?? Are you chickening out again?? Stop being a coward! #chicken #signthecontract #scared 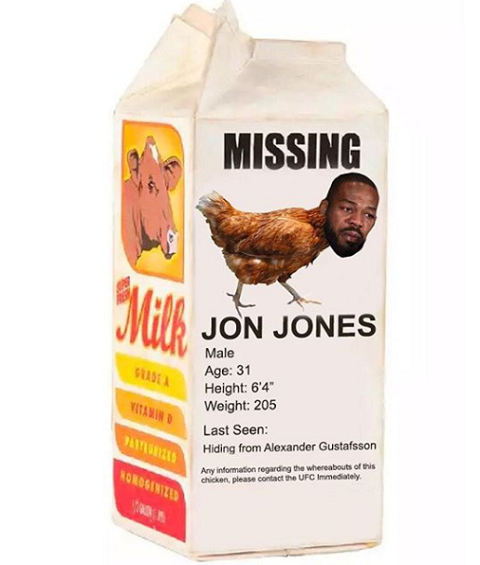 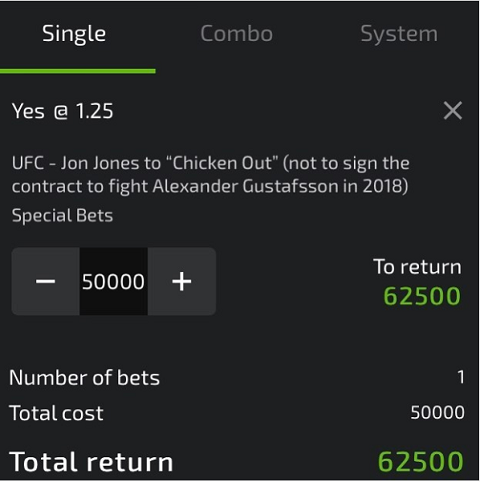 [email protected], my sponsor Mobilebet even put up odds on you chicken out. I’ve bet a good €50,000 that you will. If you don’t, I think Mobilebet will refund me anyway, when I beat the crap out of you in the octagon. Link in my insta story if you wanna place the bet yourself. Always grateful for your support @Mobilebet_Sverige #betting #chicken #UFC232 stating the wait is over, he's back!

Alexander is trying to make everything sound like he is the next and the possible opponent for Jon Jones and is trying hard to get into the limelight and one thing that we as fans can expect is, if this fight happens, it will absolutely be a bloodbath.