Age 34, NFL Player Aaron Rodgers Net Worth and Earning From His Professional Career

With his 13 NFL seasons, Rodger is reported to have earned the total of $137 million and is estimated to be blessed with the massive net worth of $30 million accompanied by his endorsement deals. So, how much salary does he earns?   Without a delay, let's know all about Aaron Rodger's net worth, salary, contracts, and earnings from his professional career.

Net Worth and Salary of Aaron Rodgers

The jersey number 12 quarterback of the Green Bay Packers, Aaron Rodger has played for the only team since his professional career debut in 2005. Currently playing alongside the players like Muhammad Wilkerson and Mason Crosby, Aaron's earnings is also blessed with his endorsement deals.

As per Celebrity Net Worth, Aaron Rodgers is reported to be enjoying the estimated net worth of $30 million as of 2018, with his drastic increase in his net worth of 2012 which was $12 million.

Well, his massive salary puts him on the top list of the Packers' highest-paid player above Clay Matthews and Randall Cobb earning $10.4 million and $8.6 million annually.

But his increasing worth these past years has indicated the possibility of his contract value inclination if he signs a new contract. Okay, let's leave it to future to reveal and know more about his contracts.

Aaron Rodgers, initially, the college footballer for the California Golden Bears, was selected by the Green Bay Packers in the 2005 NFL Draft on April 23. 2005. And playing for the Packers to date, Rodgers has signed 3-contract extensions with the team.

After his NFL draft, Aaron, on August 4, 2005, signed a 5-year contract with the team valued at $7.7 million. The deal included the guaranteed amount of $5.4 million with a signing bonus of $1.5 million. 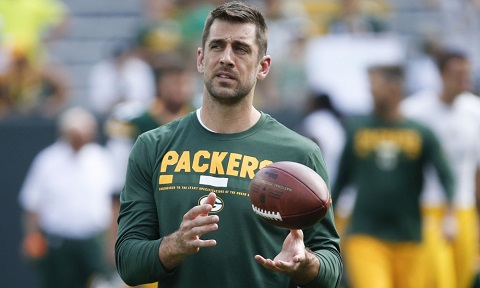 Then after backing up Brett Favre till 2008 in NFL, Rodgers became the Packers' starting quarterback and on October 31. 2008, he signed a $63.53 million contract-extension for 6 years through the 2014 season.

Well, Aaron Rodgers who earned the annual salary of $6 million in 2010, led the team's victory over the Super Bowl XLV and was named Super Bowl XLV MVP, that year.

Watch @AaronRodgers12's MVP performance in Super Bowl XLV, which happened on this day in 2011 ??

Wanna look at Rodgers' Salary? Here it is.

And talking about his new contract, meanwhile, no news of Aaron's contract extension is out yet. Let's wait for the day.

Rodgers' being showered millions with his salary, seems to have got a good additional economic blessing with his endorsement deals. As reported, Rodgers is endorsed by the brands like Associated Banc-Corp, Ford Motor, State Farm and Adidas.

Initially, endorsing the sportswear Nike, Aaron moved on to Adidas back in September 2015.

As reported, with his endorsements, Aaron Rodgers pockets $7.5 million a year and dropped 40 spots to No. 95 overall with total earnings of $19.1 million, including the endorsement's earnings.

House and Cars of Aaron Rodgers

Besides being successful in playing career, Aaron seems to be successful in the property empire extension as well. As reported, Aaron Rodgers currently lives in his house in Del Mar, California, though, the worth or purchase detail of the house is not disclosed. 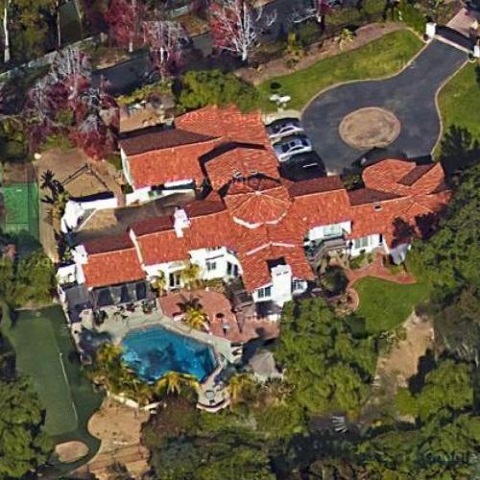 However, after the news of the sales went viral, he pulled off the sale of the property.

Aaron Rodgers' house in Suamico was for sale. Or will be. Just isn't on the market now, we're told. #Packershttps://t.co/lXaBTojzph pic.twitter.com/mrRGWRC5oW

Let's take a look at his car collection.

Well, not only with his car, Rodgers is also in a lovely relationship with race-car driver Danica Patrick whom he is dating since 2018.

The NFL freak really comes to be a contradiction in off-field life. Just opposite of his fierce performance in the field, Rodger seems to be an honest and generous person actively working in charitable works.

Rodgers, the supporter of the MACC Fund, Raise Hope for Congo and other humanitarian charitable organizations is also the co-creator and founder of itsAaron with David Gruber, aiming to create awareness for organizations and people who are changing the world. 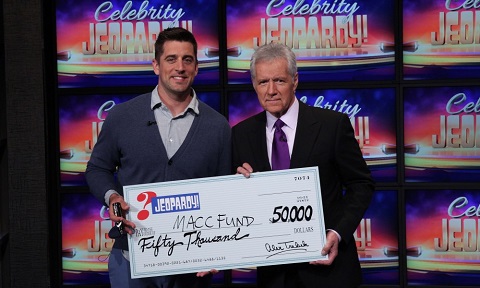 Also, he raised $50,000 for the MACC Fund as the winning contestant on an episode of Celebrity Jeopardy broadcasted on May 12, 2015, followed by his donations and his recent 2018's mission on a hearing aid in Africa accompanied by his girlfriend Danica.