Andrew Austen Luck, a.k.a. Andrew Luck, is a former American football quarterback who spent his whole career playing for the Indianapolis Colts of the National Football League (NFL). He played college and high school football for Stanford and was picked 1st overall in the 2012 NFL draft by Colts.

Andrew Luck has an estimated net worth of $50 Million in 2022. Regarding his love life, he is married to his long-time girlfriend Nicole Pechanec and has a daughter named Lucy Luck.

Andrew Luck has an estimated net worth of $50 Million in 2022, including all of his properties and earnings. 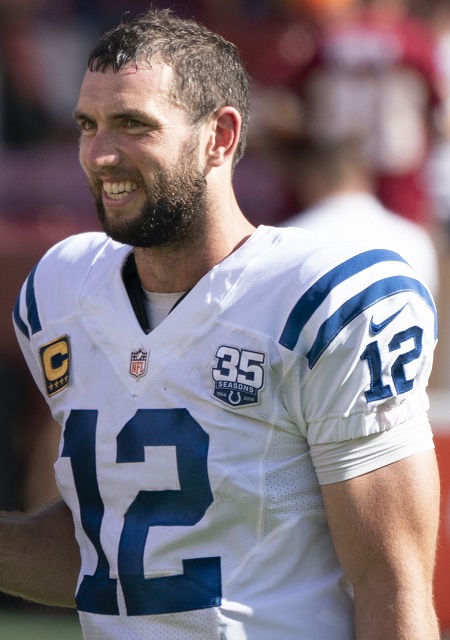 Luck gathered over $109.1 million in on-field earnings during his seven-year NFL career. He had three years remaining on the six-year, $140 million deal he signed in June 2016 with Indianapolis Colts. At the time, he inked his lucrative extension in 2016 and was the highest-paid player in NFL history.

Luck's average annual salary of $23.3 million ranked him 12th among the top earners in NFL. In contrast, according to Forbes, Rusell Wilson and Ben Roethlisberger are the highest earners in NFL history.

After his retirement, Jim Irsay, the owner of the Colts football team, revealed that Andrew earned almost around $100 million over his seven-year NFL career and could be walking away from about $500 million.

In March 2012, Luck was signed by Nike, Inc. to its roster of athletes. Further, he became a partner and investor in BodyArmor SuperDrink in September 2013.

Luck owns a lavish mansion in QB, Stanford Cardinal, worth $2.299 million. The property features more than 5,500 square feet of living space, a stylish and contemporary design, a chef's kitchen, and panoramic city views. 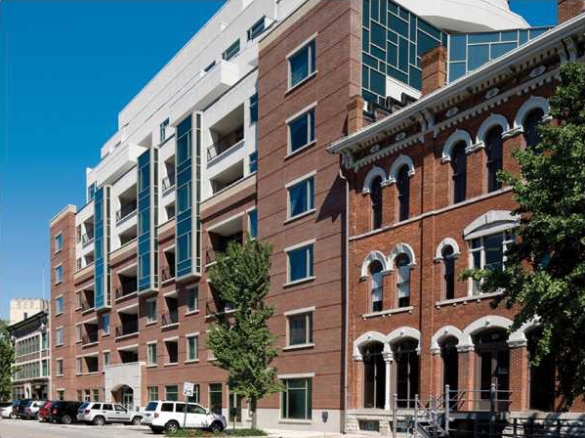 Further, Luck enjoys driving a Honda Accord, which costs around $30,000.

Andrew Luck is a married man. He tied the knot with his long-time girlfriend, Nicole Pechanec, on March 31, 2019, in Prague in the Czech Republic. The couple began dating when both of them were attending Stanford University. 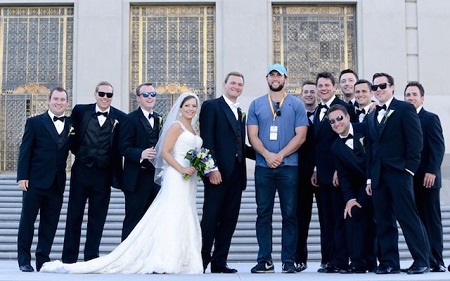 Luck and Nicole have been in a relationship since their college days at Stanford, as both couples attended the same college. As of now, the lovebird is living a happy life without any rumors of divorce or separation.

Moreover, in one of his interviews, Luck revealed that his relationship with his now-wife, Nicole Pechanec became stronger after a shoulder injury. During that time, Luck spent most of his time with his then-girlfriend, which eventually changed his mentality toward football.

In an interview with Sports Illustrated, he said, "I don't think I'm married if that had not happened." He added, "I think I eff that up. I truly do. I truly do. "I mean, now, it's all good. But yeah."

Luck's spouse, Nicole, was also the gymnastic captain, while Luck was a football player. She is also a former Czech national champion gymnast. She currently serves as a producer for the TV network NBC. 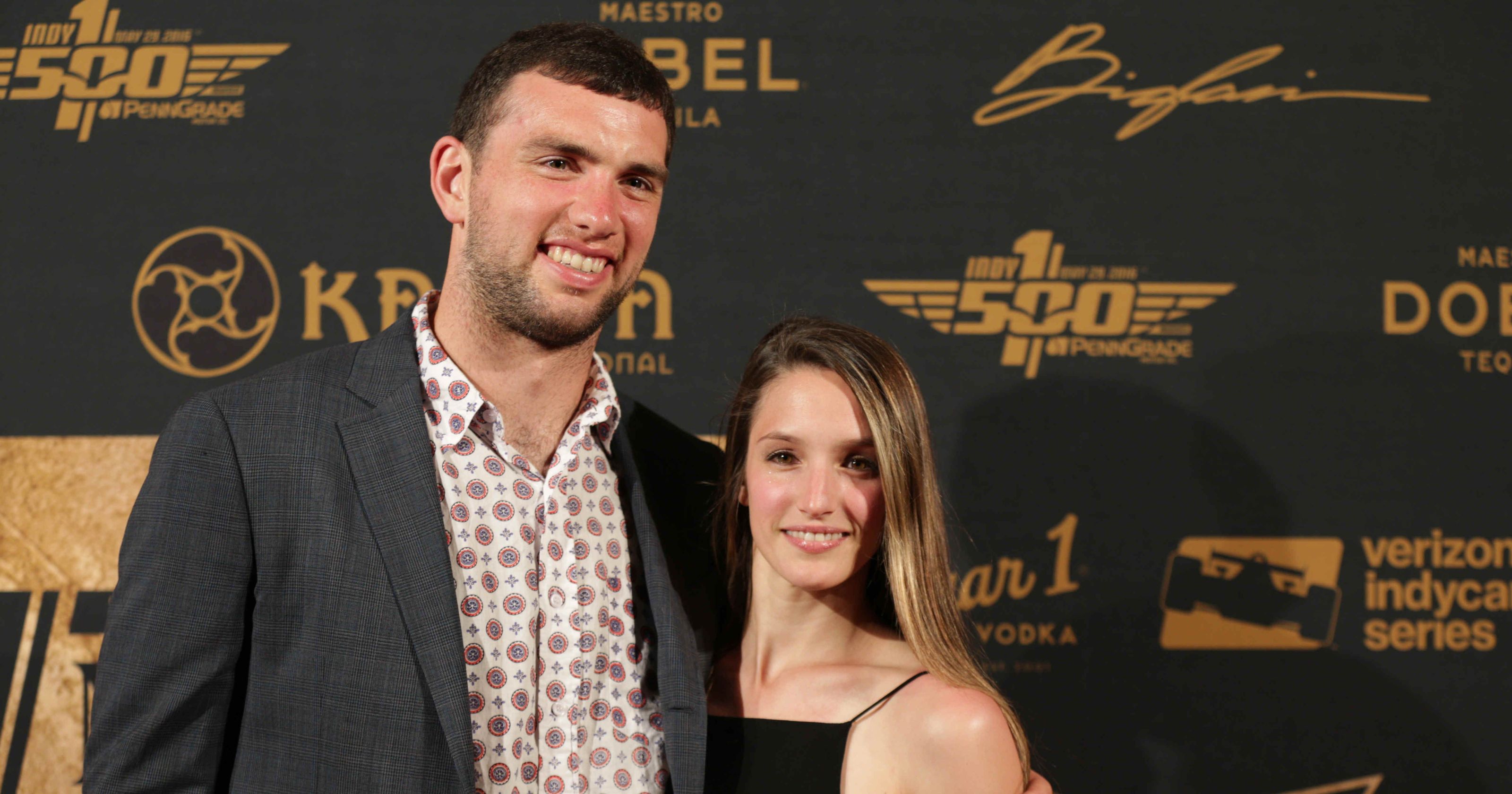 Nicole Pechanec was born in New Jersey to Czech Republican parents; mother, Yvette and father, Tomas. She comes from a family with an athletic background. Her mother was a star gymnast, while her father sailed for the Czechs in the Europa and Fin classes and later competed at the U.S. nationals after moving to the United States. In November 2012, the couple welcomed their first child, Lucy.

He has a standing height of 6 feet and 4 inches, and his total body weight is 109 kg.

Unfortunately, Luck is inactive on social sites such as Twitter and Instagram. However, he has been the topic of a parody Twitter account named Capt. Andrew Luck in the beginning in December 2019. The tweets report on Luck's profession using the language of a Civil War soldier writing home.

An avid reader, Luck, has an Instagram page book club. The bio of an Instagram page says, "The mission of the Andrew Luck Book Club is to share my joy of reading and to build a team of readers by engaging through social media."

Andrew Luck was born as Andrew Austen Luck on September 12, 1989, to American parents, Oliver Luck and Kathy Wilson Luck. He was born and raised in Washington, DC, the United States. He is an American by his nationality, his ethnicity is white, and his star sign is Virgo.

His father, Oliver, is a former football quarterback. He has also served as a GM of two teams before working as a commissioner and executive vice president for regulatory affairs at the NCAA.

Andrew has three siblings; two sisters named Mary Ellen and Emily and a brother named  Addison. He joined The American School in London for his primary education and was a soccer fan. Andrew then attended Stratford High School after his family shifted to Texas, where Luck started playing football. He was recruited by Stanford, where he developed himself as one of the highly-rated NFL targets.

In the 2011 Draft, he was unanimously projected as the top prospect for the 2012 NFL Draft. By midseason, Pauline described him as "the best quarterback since Peyton Manning" in 1998. He officially signed a four-year contract with Indianapolis on July 19, 2012. 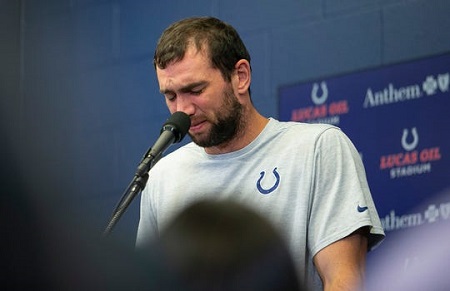 He got his first career win in the NFL and did this by completing his first game-winning drive against reigning MVP Aaron Rodgers.