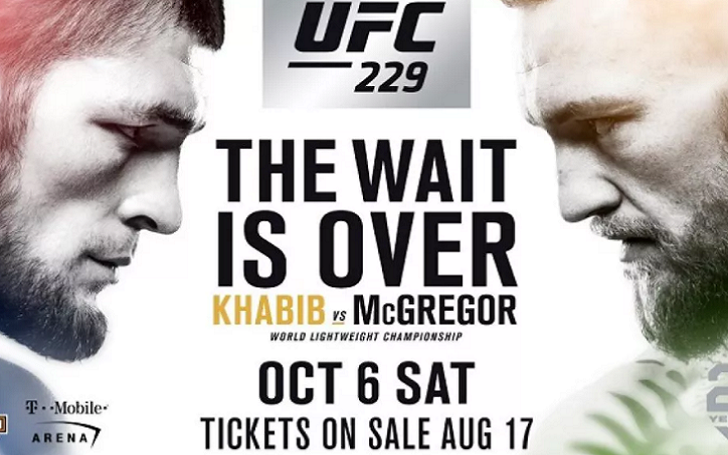 Two of the biggest UFC superstars, Conor McGregor and Khabib Nurmagomedov are set to fight at UFC 229 in Los Vegas and the ticket price is out now. The unbeaten UFC lightweight champion and former champ McGregor are set to meet each other at the famous T-Mobile Arena in Las Vegas on Saturday, October 6th.

Read More: Conor McGregor Vs Khabib Nurmagomedov: The expected winner according to various UFC personality. GSP goes with 'The Eagles'

Despite, Conor's credibility and fan base, the price set up for upcoming Conor vs. Khabib fight seems to be priced modestly. As per many Conor could easily sell above $5000 per platinum ticket mark. He in his last fight (14 months ago) against Floyd Mayweather was sold at $15000 per platinum ticket. Further, Conor collected smaller bets in a massive amount which shows Conor's fan base.

On the other hand, Khabib Nurmagomedov is the most vicious champion and an outstanding grappler. He also has a huge fan base not to mention his Russian followers. Lately, everyone believes that it's Khabib time, so maybe UFC is selling its ticket at a little low price but it's good in a lot of ways as normal people get to enjoy the bout alongside elites and known ones.