News Tyson Fury Vs Deontay Wilder 2 Fight Purses; How much will they Earn from the Fight? Wilder and Fury's Net worth

Tyson Fury Vs Deontay Wilder 2 Fight Purses; How much will they Earn from the Fight? Wilder and Fury's Net worth

The State of Nevada Athletic Commission revealed that the fight purse for Tyson Fury and Deontay Wilder for the rematch is $5 million apiece for their rematch but both the heavyweights will pocket as much as $25million (£19.3m).

When the two then-undefeated boxers fought for the first time in December 2018 in Los Angeles Wilder was guaranteed $4 million while Fury was set to earn $3 million not including profits from pay-per-view sales. 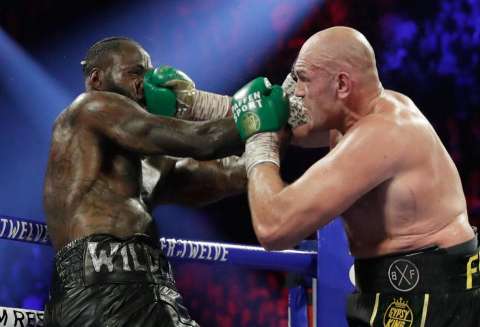 Wilder and Fury's Earnings from the Rematch in 2020

ESPN reported that the two heavyweights have the fight purse of £3.85 million ($5m) each but they are guaranteed to earn at least £19.27m ($25m) apiece but this sum doesn't include PPV money. 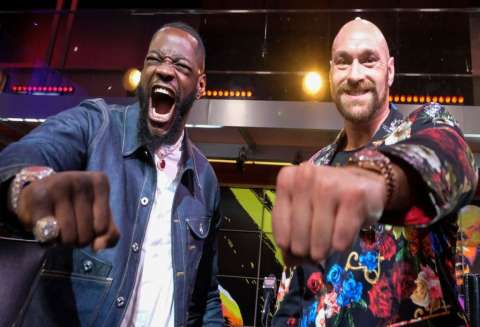 The British World Champion boxer had a net worth of £31million ($40m) before his rematch against Wilder in February 2020 as per various sources. As Fury is set to earn around $40 million from his most recent fight, the earnings could see his net worth rise to around $50 million in 2020.

Fury's recent £80m five-fight deal with ESPN helped alot to trigger his net worth. Moreover, he made a cool £12 million from his single WWE appearance against Braun Strowman.

Deontay Wilder's Net worth in 2020

The former World Champion boxer was also reported to have the net worth of $30 million before Fury's fight. He was listed no. 56 among the world’s highest-paid athletes in 2019. Despite the loss against Fury in 2020, he is set to earn $5 million from fight purse and around $20 million more from the PPV sales and bonuses.

Wilder's recent paycheck is expected to hike his net worth to $50 million soon in 2020. Besides, he also earns $500,000 additional amount from his endorsement deals.