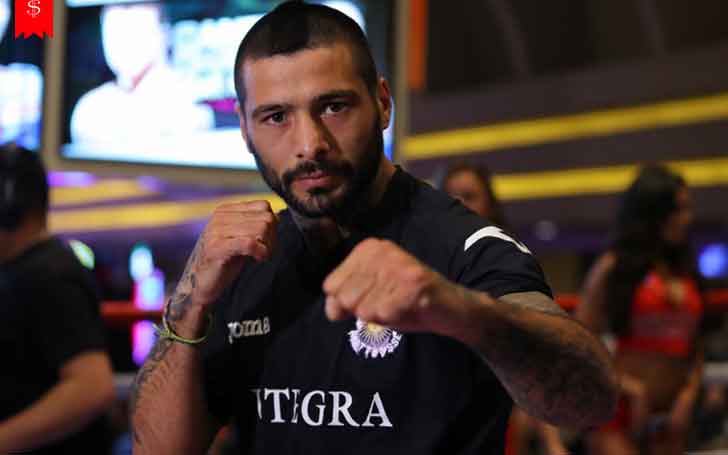 Lucas Matthysse, an Argentine professional boxer took retirement from boxing recently in August 2018. He made his professional debut in 2004 and also held the WBA (Regular) welterweight title in 2018 and the WBC interim super lightweight title from 2012 to 2013.

Lucas Matthysse, who has the professional record of 39-5-1, is also reported to be one of the richest boxers. The former champion has earned a huge amount from his professiona career. Here we have the details about his earnings, net worth, and properties.

Lucas Matthysse's Net Worth and Earnings

Lucas Matthysse made his professional boxing debut in 2004 and fought for 14 years before taking retirement in 2018 after his loss to boxing legend Manny Pacquiao. Despite his loss to Manny in his last match, he is reported to have made millions. Though the details are not available, he was reported to have earned about $2.5 million.

Matthysse is estimated to have the net worth of about $10 million.

Matthysse received the huge paycheck of $1 million for his defeat against Danny García and also earned $500,000 despite losing against Viktor Postol.

The former champion, despite having huge net worth and several properties, has not made the revelation about the empire he owns. He has not given any details about his house, cars, and other investments he has made.

However, he is assumed to own expensive house and several luxurious cars.

Lucas Matthysse lives a comfortable life which few people can imagine of. His instagram is full of photos which show the lifestyle he is living currently.

Married to wife Maria Matthysse and also a father of daughter Pichu Matthysse, Matthysse is very fond of dirt bikes and can be seen traveling to different places on it. He also loves dogs and owns one.